SYRACUSE — Lacey Helfers, Leesburg, was crowned the new Miss Kosciusko Saturday evening, Jan 13. Helfers was one of six girls, all high school seniors, competing for the title and the opportunity to participate in the Miss Indiana competition. 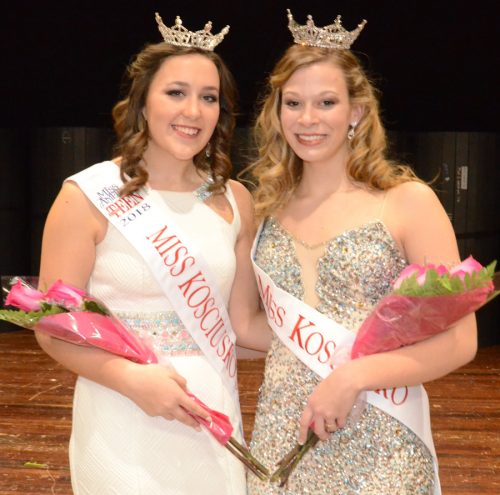 “I feel extremely shocked, but very thankful for this tremendous opportunity for this community,” aid Helfers following the pageant. Helfers, daughter of Jeff and Michelle Helfers, is hoping to be accepted at Purdue University where she plans to get a bachelor’s degree in visual arts education and a minor in theater production and design.

Kierra Hilts, Newburg, was first runner up in the Miss Outstanding Teen competition and Jordyn Leininger, Pierceton, was second runner-up.

The evening pageant for the outstanding teen competitors included an active wear and fitness demonstration, talent and evening wear. Each contestants was asked an on-stage question for Deetz, her question focused on the weakness everyone has and what she would say is hers. She responded it would be self confidence. “…building your self confidence every day and I’ve actually been able to build my confidence so much…”

Other questions answered by the outstanding teen competitors included: goals made for themselves, what bothers them about how young girls act in society, who influenced them the most, should high schools have stricter dress codes, the ultimate dream job and the hardest part of the competition. 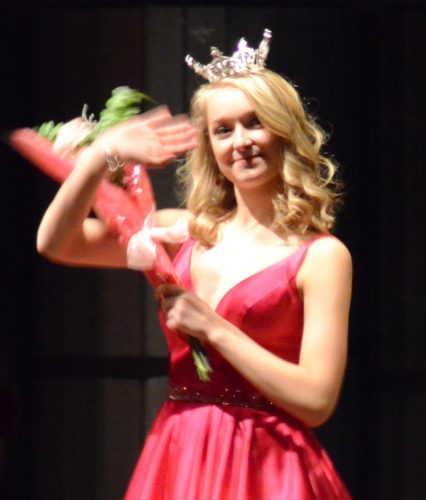 For Miss Kosciusko contestants, the pageant included swimsuit, talent and evening wear competitions. These contestants were also asked an on-stage question. For Helfers, her question dealt with the four points of the crown: Scholarship, service, style and success. She was asked which one was the most important to her and why. This was also the same question that the 2017 Miss Kosciusko Katelin Vogel answered in last year’s competition.

Additional questions answered by the Miss Kosciusko contestants included: If they could personally meet President Donald Trump what would they want to talk to him about, their reaction to celebrities and professional athletes speaking their minds in public, what would they add to the competition, reaction to the resignation of Miss America’s CEO and others and the biggest fear going away to college.

The talent for the evening ranged from various types of dancing, singing, piano and violin playing and monologue. Deter and Hilts, each received $75 scholarships and Leininger received a $50 scholarship.

Additionally the evening included farewell comments from the 2017 Miss Kosciusko, Katelin Vogel and 2017 Miss Outstanding Teen Malana Pashea. Both outgoing queens spoke of their experiences the past year and expressed appreciation to those who supported and assisted them during their reign.