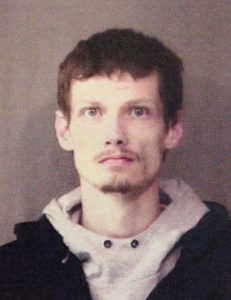 WARSAW — Two subjects kicked in a Warsaw man’s door and proceeded to batter him on Nov. 28. One of those suspects has been arrested.

Officers with the Warsaw Police Department responded to a residential entry and battery on Nov. 28. According to the affidavit, when officers arrived to the residence they were advised by the victim that the victim had been cleaning his home when he heard several loud bangs on the door. The victim advised that the door was busted open and Harrold and Adam Mason, 34, North Manchester, entered and proceeded to batter him.

According to the victim, he told the subjects he was going to call the police and as he called both subjects left.

A warrant has been issued for Mason’s arrest.