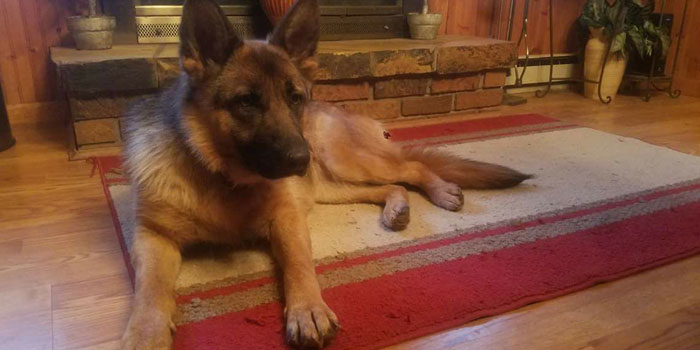 Freyja is a rehabilitated service dog that was being adopted by the Gordon family. (Photo provided)

WARSAW — While most people were relaxing after a busy Christmas morning, or about to sit down for their Christmas dinner, a local Warsaw family was frantically trying to chase down their newly adopted service dog.

The Gordon family, who live on East Fort Wayne Street, had just brought home Freyja, a German Shepherd service dog, for Mark Gordon’s daughter Bonnie, on Christmas Eve. The family had been working with trainer Tori Berey, Union, Mich., for a couple weeks to train Freyja with the family.

Bonnie struggles with several health issues, mainly postural orthostatic tachycardia syndrome, which disrupts blood pressure and can cause lightheadedness and fainting. Never having dealt with such issues before, Mark and his wife, Jessica, thought a comfort dog could help.

The night of Dec. 24, the family’s first overnight visit with the German Shepherd, went well, according to Mark. The only issue that arose was that the household didn’t have a long enough leash, as being on a leader leash meant Freyja was working and therefore struggled with going to the bathroom. The family cautiously let Freyja off her leash to potty and she came right back to her commands. Everything was going just fine.

When Freyja was let outside to potty on Christmas around 4:30 p.m., things didn’t go quite as planned. A plow truck went by on Main Street and spooked poor Freyja, who was known to be shy and timid. The dog took off.

“She was scared,” comments Mark. “And she’s such a fast runner.”

The family chased Freyja down towards Oakwood Cemetery and down Sheridan Street before losing sight of her around Titus Funeral home. Searching into the night, the family couldn’t find a trace of the dog.

Mark called Berey, who then drove down from Michigan to help search for Freyja. Posts were put up on Facebook and social media and local dispatch was informed of the missing service dog.

The Gordons were soon getting sighting updates left and right. Dispatch frequently updated the family with information being received about any German Shepherds being spotted. Sightings were reported near Meijer, Biomet and even the airport, all still believed to have been Freyja.

Cindi Cox, who lives on Kimal Drive, reported to the Gordons that Freyja had been around the area frequently, perhaps attracted to puppies that belonged to a neighbor. Cox frequently updated the family and helped search for Freyja.

On Dec. 26, the family and Berey were able to get within 20 feet of Freyja, but the dog was scared and hysterical and kept running.

As time passed, the Gordon family received more and more calls regarding Freyja’s location. Berey came back on Dec. 27, and the search continued after a restless night.

“I couldn’t sleep,” says Mark, adding that the thought of Freyja out in the frigid cold scared him. “We were worried she’d lay down to sleep and she wouldn’t wake up.”

That morning the family received word that Freyja was back in the area between Kimal and Sunset Drive, by Goodwill, and that she had run across US 30 toward Biomet. Berey came prepared with another dog that Freyja had bonded with, an American Staffordshire named Piglet.

Once Berey had Freyja in sight, she brought out Piglet. Freyja recognized her friend and immediately started to calm down from her panic. They finally got her.

Berey commented on Fecebook, “These past few days, we have been cold, hungry, tired from trying to rescue a dog that is in the process of being adopted, and ran from her potential owners on Christmas Day. But we found her and it made it all worth it … We asked for help and a community came together to try to save a dog … Being in rescue isn’t [sic] always about saving the pets. It’s about saving your community and the people and pets in it.”

Freyja and Bonnie are currently in Michigan with Berey so Freyja can seek veterinary care from a vet she is familiar with. Cold, dehydrated and a little lighter than when she left, Freyja is expected to recover just fine. She is anticipated to come back home next week.

“We are so extremely grateful,” says Mark about the community banding together. “{Freyja} is invaluable.” 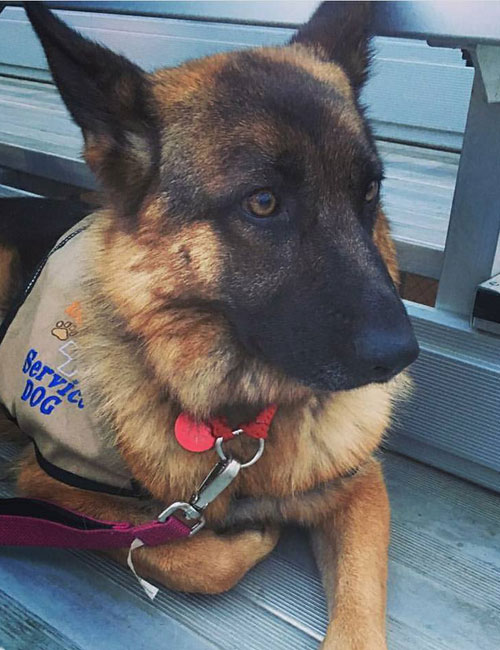 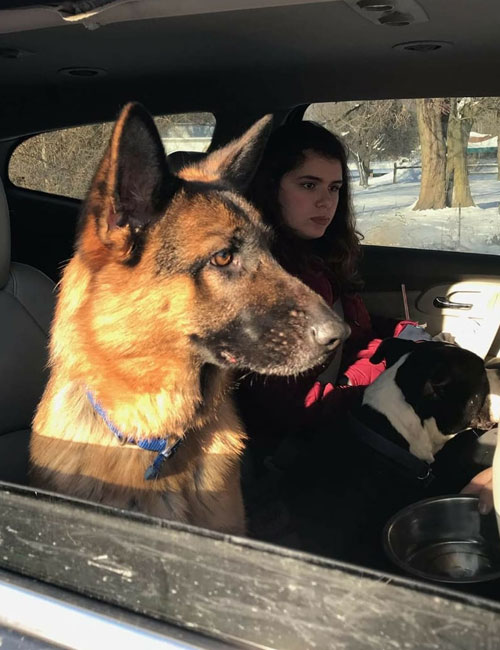 Freyja pictured after she was found. (Photo provided)