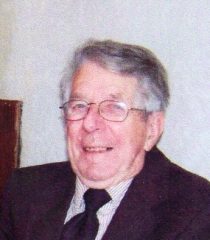 He was a veteran of the US Army. He was employed by Liberty Homes, as well as Commodore Homes where he retired.

He was preceded by his wife; two sons: Tim and Greg; and one brother and two sisters.

Services will be held at 2 p.m., Friday, Dec. 29, at the Eastlund Funeral Home. Calling will be two hours prior to the service from noon until 2. Burial will follow at the Syracuse cemetery.