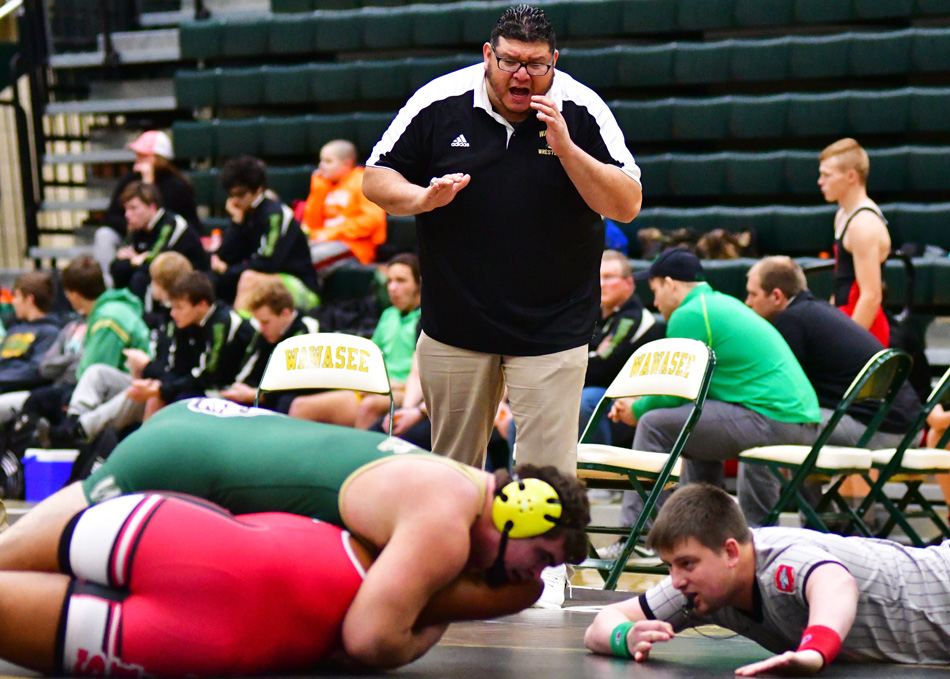 SYRACUSE – There is NO pacing in the Wawasee wrestling program. None.

A 21-1 start to the season is not by accident, even though those who have and are associated with the Wawasee wrestling program have seen their meteoric rise a long time coming. A hard-nosed, attacking approach has gotten Wawasee back on the map, and it starts at the top.

“You pace, you don’t win,” said Wawasee head coach Frank Bumgardner. “We have to perform. We are prepared to wrestle five hard duals. We have to be ready to go. We don’t pace. If we are considered the best team, we need to show we are the best. If we are going to win a state title, we have to go hard all the time, outwork our opponents. There’s no pacing. That’s how you get beat.”

Bumgardner isn’t taking all of the credit for the immediate turnaround for one of Wawasee’s most hallowed historical teams, one of which was nearly dormant less than a decade ago. But the coach, in his third year at Wawasee, has surrounded himself with those who know the program well, and has a roster full of talented wrestlers who have completely bought into the #warriortough mentality.

Announcing in November that state champion and Big Ten Deputy Commissioner Brad Traviolia would be honored, kicking off a new era of Wawasee wrestling mixing in the past with its present, the program had a feel that was just different. After a pair of 5-0 weekends in cleaning house at the Warsaw and Wawasee November Duals, the Warriors seemed to be getting some of that desired swagger back. A week later, another 5-0 bomb rang around the region as Wawasee swept the LaPorte Duals, including wins against LaPorte and Merrillville, both longtime respected programs. 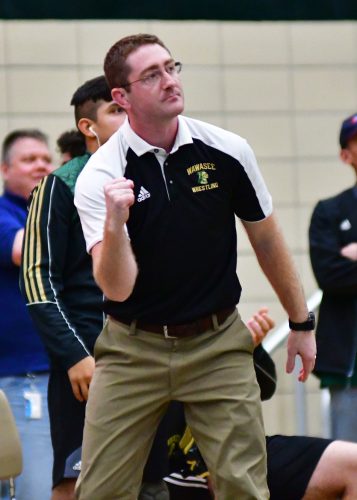 Wawasee head coach Frank Bumgardner has overseen a team that was ranked No. 1 in its class.

At 15-0, now Wawasee was getting noticed, and soon found itself in a new kind of recognized. Receiving a No. 1 ranking in Class 2-A by indianamat.com, which keeps tabs on individuals and teams in the state, Wawasee had come full circle from where it was just a decade before, having to forfeit upwards of 11 matches per dual because just three wrestlers were dressed. A pair of dominant wins against Goshen and Concord in the Northern Lakes Conference again raised eyebrows. Another fine showing at the Wawasee December Duals had the Warriors go 4-1, losing its only dual of the season by three points to defending NLC champion Northridge in the final combat of the day.

Wawasee has seven wrestlers among its 14 regular varsity competitors with two or less losses, Geremia Brooks is undefeated (16-0) and Jace Alexander, Chris Schuller, Braxton Alexander and Elisha Tipping are a combined 76-4. All five wrestlers are ranked in the top ten within their weight classes in the state.

The team knows it isn’t at a stopping point, but pushing a boulder near the top of a giant hill.

“There’s definitely a different focus up in the room this week,” said senior caption Elisha Tipping. “We’ve had some big duals against some powerhouse teams like Northridge and Merrillville this season, and those have helped us prepare for what we’ll see at Team State. We are just hoping to see a different result than what we did against Northridge.”

While the days of the Al Smith Invite rejecting Wawasee’s request to participate in the biggest wrestling tournament in the state aren’t far in the rearview mirror, the Warriors are prepping for another huge holiday tournament. The IHSWCA Team State at Allen County Memorial Colisuem this Saturday pairs the who’s who in a fashioned tournament that is revamping the vacated team state model the IHSAA dropped after the 2012 season.

Wawasee will wrestle in Class 2-A’s Pool B against Franklin County and state powerhouse Bellmont. Jimtown, New Prairie and Garrett represent other area teams in the 2-A bracket. Wawasee will take on Franklin County first, then watch as Franklin and Bellmont wage war, and come back against Bellmont. The four pool winners will meet in the ‘fourth round’, the Pool B winner getting Pool C which consists of Lawrenceburg, Edgewood and North Montgomery. Survival of that dual would put a potential Wawasee in the finals against the other half of the winner’s bracket.

“To this point in the year, everything has been team oriented,” noted Bumgardner. “We don’t have to change a single thing or focus but continue to do what we do. We have been in the team mindset up until now. After Team State, then the focus will change towards an individual focus heading into the conference and sectional tournaments.”

Regardless the outcome, Wawasee will continue to push forward upon return to work in January, still with two NLC duals against Elkhart Memorial and NorthWood remaining, and then the second season really begins with the NLCs in mid-January. While it would be something for the Warriors to return to Kosciusko County a team champion via the IHSWCA, the IHSAA tournament bears a lot of weight, as well. And there’s a lot of family pride riding on finishing the job.

“There’s a lot of pride in this program,” said Wawasee assistant coach Jamie Salazar, who himself was a champion in the program in the late 1990s when Wawasee was among the state’s finest. “I thank God every day that I am able to come back and help coach and motivate these young men to carry on that torch for Wawasee wrestling. They have a chance to create their own legacy. I tell them, you are part of tradition, you are part of a historical program, but, it’s time to write your own chapter. It’s cool to see them really embellish and embrace it.” 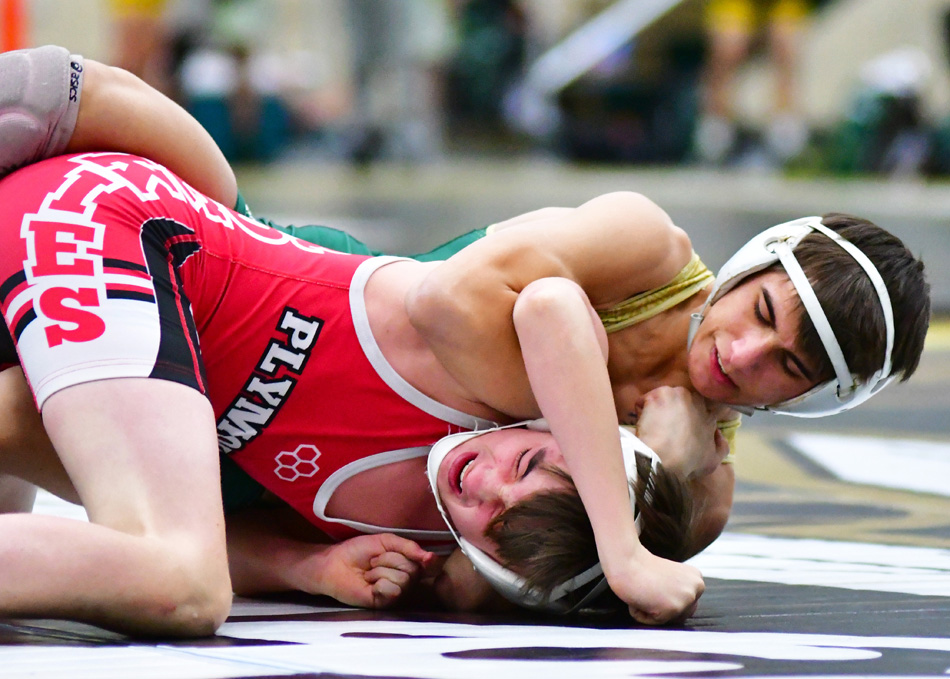 Chris Schuller is one of five Wawasee wrestlers ranked in their respective weight classes in the state.