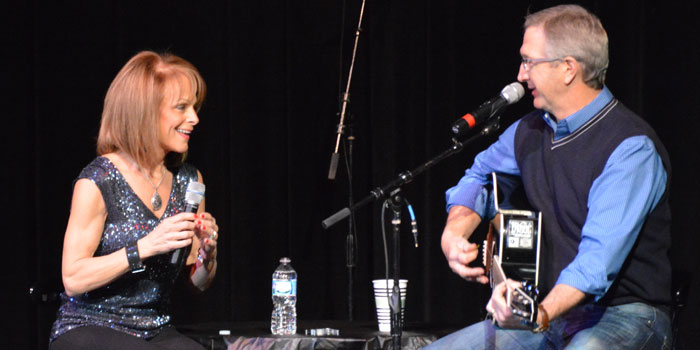 Susie McEntire and husband Mark Eaton share stories of their life between songs.

The country singer entertained the audience with classic Christmas songs, a few originals and several special accompaniments by the Chain Gang Quartet and Warsaw Christian’s choir, but it wasn’t just singing. McEntire slowed the concert down with several personal stories behind her songs.

McEntire got close and personal with the audience as she made her way to the floor during the concert. Randomly, she chose attendees to sing and dance with her during a traditional Christmas song. She ended the night greeting guests by her merchandise table, taking photos and signing autographs. 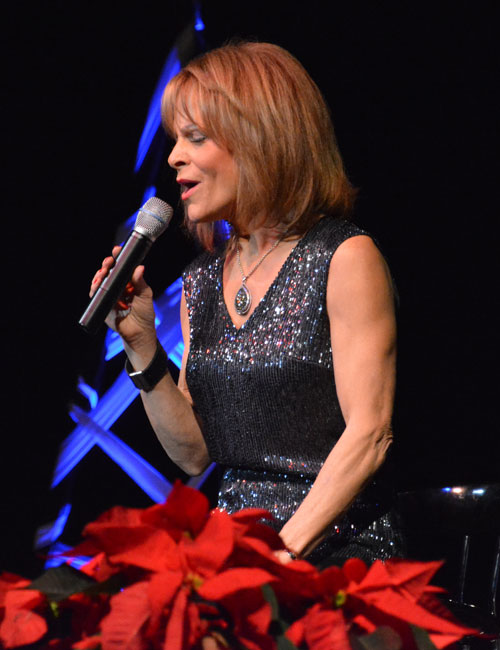 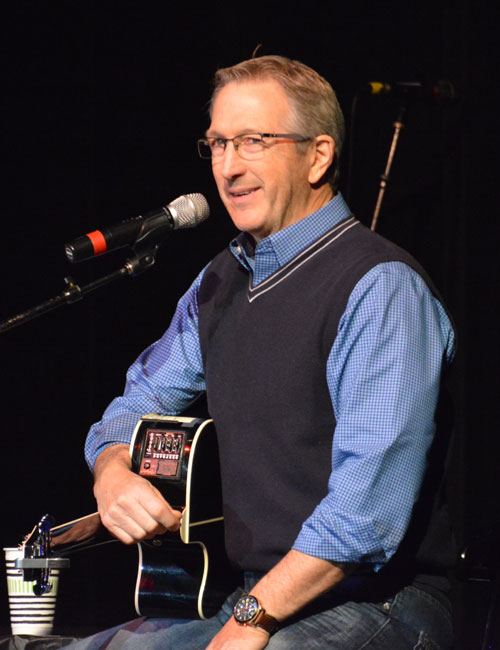 Mark Eaton tells a story about his wife during the concert. 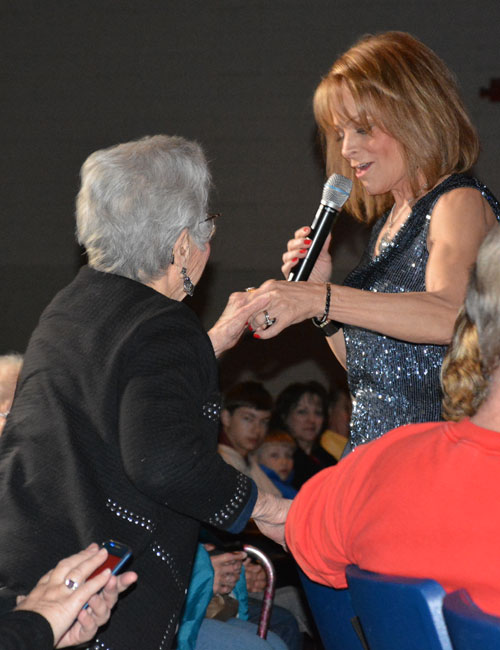 Susie McEntire pulls an audience member up to dance with her while she sings. 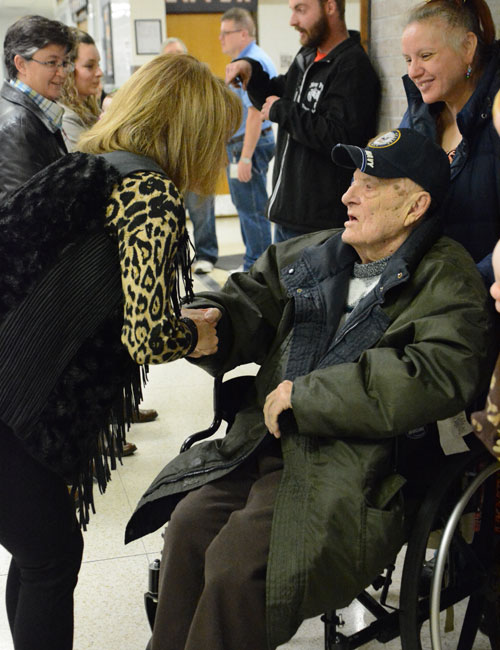 Susie McEntire greets Marvin after the show, signing a picture and CD for him.