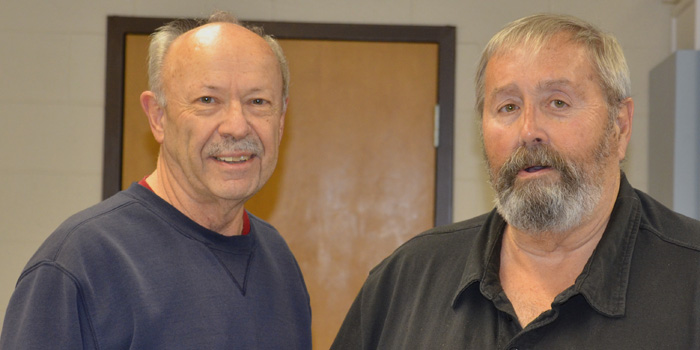 After informing board members that the Relay for Life event is the largest local fundraiser that the American Cancer Society has, Spangle explained that they would like to make arrangements to have a car show at the event, which will be held Saturday, June 9.

“We would like the board’s blessing to use one of the parking lots at Central Park to accommodate this event if we can secure some type of car show for that day,” said Spangle.

“The Relay for Life event used to be held at the fairgrounds for years, but we feel that Central Park is a higher visibility spot,” Spangle told board members, “We are amazed at the number of people in the county who don’t know what the Relay for Life is, when it is and how it benefits the community. We want to generate interest and get more people involved and steadily grow this event each year.”

Spangle hopes a car show will help draw more people to the area, resulting in more funds being raised.

“All funds generated from Relay for Life stay here in the county.  Everything we do locally is for Kosciusko County citizens,” Spangle stated.

Warsaw Parks & Recreation Department Supervisor Larry Plummer told board members that both shelters at Central Park have been reserved for the Relay for Life event, explaining that typically those lots are reserved for people using the shelters.

After a brief discussion, board members agreed that this would not be an issue and gave their approval for a car show and use of one of the Central Parking lot areas for this event.

Hire Park BMX Track Operator Dan Rumple attended the meeting to give a transfer of ownership deed to Warsaw Parks & Recreation Department. Construction of a permanent building to house registration, concessions and storage has been completed and paid in full. The building passed all inspections in October. Hire Park BMX is located on Arthur Street in Warsaw.

Plummer informed board members that they are in the trial phase of setting up and implementing parks and recreation management software through CivicRec.The new software includes tools for managing activities, facilities and payment transactions.

“It will be quite a changeover process, but I think it will be good for us and for the community as we are able to access information more easily,” Plummer stated.

It was agreed that there would be no December board meeting due to scheduling conflicts. Plummer suggested that, due to the absence of a December meeting, it would be best to hold the election of officers for the 2018 year at the Nov. 21 meeting.