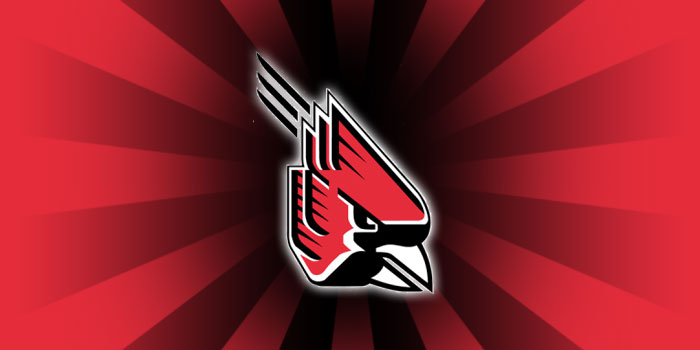 MUNCIE – The 2017 football season did not wrap up in a victory for the Ball State football team, but there were several positives to come out of the 28-7 loss to Miami Tuesday night at Scheumann Stadium.

Ball State concluded the year 2-10 overall and 0-8 in the Mid-American Conference while Miami finished 5-7 and 4-4. With the win, Miami claimed the newly created Red Bird Rivaly Trophy.

The RedHawks capitalized on a pair of splash plays in the first half to take a 28-0 lead into intermission. A fumble on a Ball State punt attempt late in the first quarter set up Miami on Ball State’s nine-yard line. Three plays later, the RedHawks scored to build a 14-0 lead.

Right before halftime, Ball State moved the ball into Miami territory and was looking for its first score of the game. However, a tipped screen pass landed the ball right in the hands of Miami’s Josh Allen, who returned the interception 49 yards for a touchdown to make the score 28-0.

Another highlight in the finale was the play of running back Caleb Huntley. The true freshman piled up a team season-high 159 rushing yards and averaged 6.4 yards per carry. Huntley became just the second freshman running back in Ball State history to eclipse 1,000 yards rushing (1,003). Bernie Parmalee racked up 1,064 yards on the ground in 1987.

“I would like to say that tonight is about our seniors,” Ball State head coach Mike Neu said. “I appreciate the seniors just for their attitude. Those guys chose to take a positive path every single day in the locker room and the media room.”