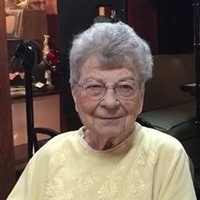 Glenice was born on February 6, 1933, the daughter of the late Ray and Ardella (Senff) Jensen.

She is preceded in death by her parents, son, Tim Crowel, son-in-law, David Dudley and sister, Karen Boocher.

There will be no visitation. A graveside service will take place at noon, Dec. 8 on the grounds of Bremen Cemetery.