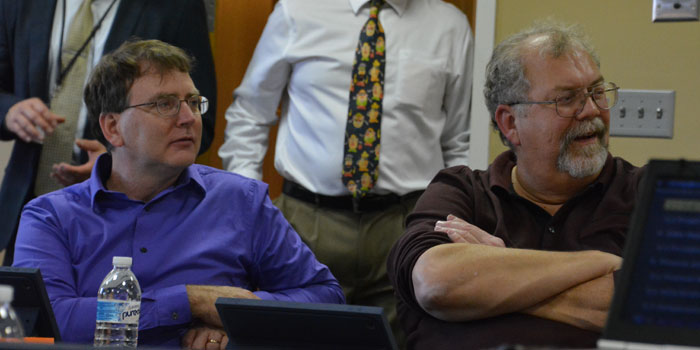 WARSAW — Warsaw’s got some big goals with its Dual Learning Immersion Program, but it seems well on its way to achieving them. The Warsaw Community School Board received a demonstration from Eisenhower teacher Laura Quirindongo and six of her students on how DLI is working with the students Tuesday afternoon, Nov. 14, at Warsaw Administration Offices. To say the least, the board appeared pretty speechles.

Quirindongo stood in front of the board and had two groups of three students not only read sentences in Spanish but also interact with a picture by pointing to the objects relating to what she would say in Spanish. Quirindongo later explained in an interview that the “transitions between subjects, languages and spaces keep students engaged and interested in learning throughout the day.”

In fact, prinicpal Chris Gensinger empasized that students “aren’t learning any language arts in Spanish” after the board had watched the students read the paper. “You notice they can read Spanish,” said Gensinger. “It’s kind of interesting that they are acquiring the ability to read Spanish.”

Students appear to pick up on the language more easily due to their age as any first year participants in first grade “are doing just as well as their second-year classmates.” The students are learning standard base first grade content for math and in science in both English and Spanish. However, the real impact may come as a cultural undertone in Warsaw schools as “native Spanish speakers [are] in an environment in which they can shine…[and] able to share a piece of themselves that their classmates might not see in a traditional classroom.”

Eisenhower is one of 19 schools in Indiana to provide DLI in its system. However, while the school modeled its program after some in Utah, Gensinger is confident that Eisenhower’s DLI is “well beyond them because of a few things [Eisenhower] deals with that they don’t.” School board member David Robertson believes that Warsaw Community Schools has the ability to “become a model for other states around the country” with DLI.

In addition to the DLI presentation, the school board approved the Warsaw Community Education Association contract. The contract will help limit spending to help create the fiscal environment as “state revenue funding continues to not keep pace with expenses” as WCS has steady enrollment. The contract further limits pay increase to educator unless qualified determined by “receiving an effective or highly effective evaluation rating during the 2016-17 school year.”

Should a teacher qualify, they have the potential to receive up to $928 increase on the base salary or “roughly a 2 percent increase.” Along with teachers, other WCS employment groups have been approved for a 2 percent increase while “specific employment groups, including custodial and paraprofessionals,” have been approved “to receive salary increases higher than the 2 percent average.” Transportation and Food services salary increases will be revealed at the December board meeting. 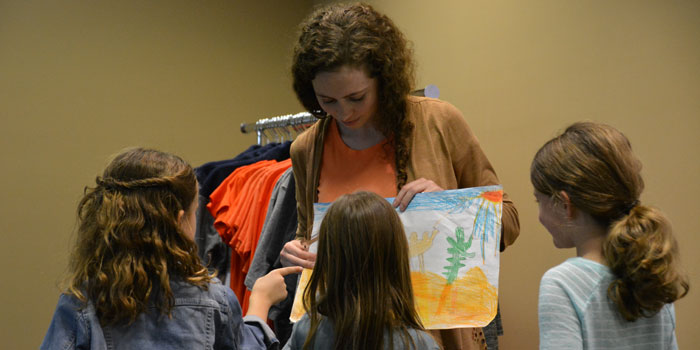 Eisenhower teacher Laura Quirindongo instructs her students in Spanish while they point at objects in the picture.