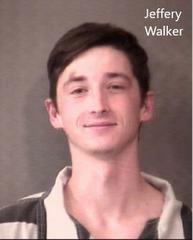 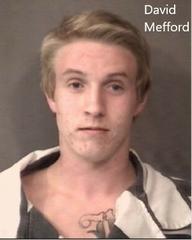 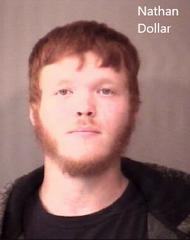 WARSAW — At approximately 1:25 a.m. Oct. 30, a call was dispatched reference armed subjects in the 400 block of South Columbia Street, Warsaw. The caller stated three men jumped out of an older vehicle with firearms. The caller advised he witnessed the occupants re-enter the same vehicle, described as small, dark in color with a loud exhaust.

Warsaw Police Department officers located and initiated a traffic stop on the vehicle in the 1900 block of East Center Street. The driver of the vehicle was identified as Nathan Dollar, 18, Columbia City. Two other occupants were identified as David Mefford, 19, South Whitley and Jeffery Walker, 22, also of South Whitley.

A subsequent investigation resulted in the locating of an assault rifle, tire iron, crowbar, along with drug paraphernalia and marijuana. The three male occupants were detained and interviewed by investigators. It was determined, based on statements, the subjects intended to commit a robbery in the vicinity.

All three subjects were transported and booked into Kosciusko County Jail on conspiracy to commit robbery, a level 3 felony. They are being held on a prosecutor investigative hold. The incident is still under investigation by Warsaw Police Department detectives.