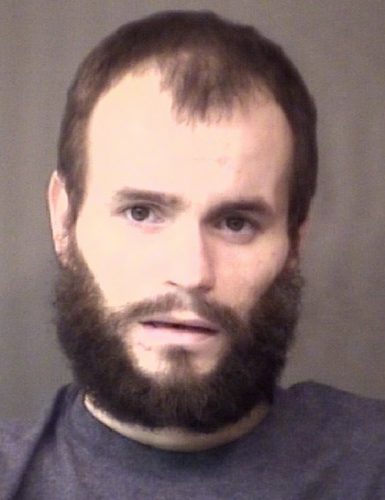 WARSAW — “You imposed a life sentence for these folks,” Kosciusko Superior Court III Judge Joe Sutton stated to Mickgomery Hisey, 27, Syracuse, Tuesday afternoon, Oct. 17, before sentencing Hisey for the Dec. 25, 2016, deaths of Kimberly Conrad and her son, Stephen Conrad II, and the injuries sustained by Steve Conrad and Brody Jordan.

Hisey was the driver of a vehicle that struck the Conrad family’s vehicle at Crazy Corners, Syracuse. Jordan was a passenger in Hisey’s vehicle.

Hisey was sentenced to a total of 14 years at the Indiana Department of Corrections, three years probation, and 12 years driver’s license suspension. He will serve 75 percent of the 10-year sentence and 50 percent of his sentence for four of the years.

Sutton sentenced Hisey to the maximum allowed by legislation. “Your callus disregard shown to folks in this case warrants the consecutive sentences … not enough jail time for the broken hearts of the Conrad family,” Sutton stated.

“This case is horrible. Mr. Hisey, in a blink of an eye you destroyed some really, really good people. You had hours to decide, after drinking… one-half mile to reduce your speed, get back in the right lane. You gave the Conrad family half a second to see you and avoid you. They had no chance. I don’t understand … stretch where there is a hill and a stop sign where people cannot see you. I’ll never understand the callus disregard for the safety of others.”

Each of the counts were handled separately by Sutton. He ordered Hisey to five years at the DOC and one year probation, with six years driver’s license suspension after time served each for counts I and II, operating a vehicle while intoxicated causing death — the deaths of Kimberly and Stephen. This is the maximum sentence for a level 5 felony. He was also sentenced to two years at the DOC and six months probation each on counts V and VI, operating a vehicle while intoxicated causing serious bodily injury – to Steve Conrad and Jordan. All sentences will be served consecutively – one year after the other.

Victim impact statements were heard during the hearing from Katie Conrad, daughter-in-law of Kimberly and Steve Conrad and sister-in-law of Stephen; Michael Conrad, son and brother; and from Steve Conrad, husband and father. Their statements brought tears to a majority of those in the courtroom, including the judge, it appeared.

Hisey also spoke before the court. Using a cane to walk to the witness stand, Hisey stated he had re-written his statement over and over to find the words that said how sorry he was for the pain “it brought you. I’m truly sorry … there’s not a time I don’t think about what happened. I wished there was a perfect word to say I’m sorry … .”

Hisey was asked by Dan Hampton, prosecutor, how he saw what had happened. Hisey stated “I never could imagined all of this could have happened. Two people out of my own community passed away … I find it hard to believe I could do something like this. I don’t want to look at this as a murder.”

Sutton asked Hisey, “How could you get such speed in an area you were familiar with, knowing beyond that hill there was a stop sign. Why the speed?” Hisey’s response was he didn’t know as he did not remember it.

The state argued, and the judge agreed, that Hisey to this day does not believe it happened. “The remorse is not there judge,” Hampton stated.

Sutton stated he felt Hisey’s statement was just for the court, “sort of like you weren’t there. This was a violent crime, not an accident. It was a crime against four, not an accident like spilled milk or sliding off an icy road …” He noted Hisey could have decided to stay put instead of driving a friend to get a pack of smokes. He also noted his statement of having two to three drinks doesn’t match up with the blood alcohol level based on his height and weight. “You had time to think about it, time to make a decision … absolutely senseless matter. The law doesn’t provide sentencing for a broken heart … 15 years isn’t enough, 50 years isn’t enough. It doesn’t make it right.”

The judge also noted he agreed with the prosecution about Hisey’s remorsefulness. “These people have names, I think it was just a statement for the court.” Sutton then said the names of the victims, adding Steve was “within an eyelash of death.”