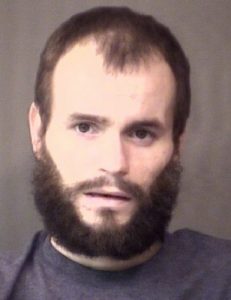 WARSAW — Mickgomery W. Hisey, 27, 153 EMS D24 Lane, Syracuse, is looking at a minimum of eight years and a maximum of 14 years in the Indiana Department of Corrections if his plea of guilty to four of the nine charges against him is accepted. Kosciusko Superior Court III Judge Joe Sutton heard Hisey’s plea this afternoon, Tuesday, Sept. 19.

It was an emotional time for both sides of the table. For Steve Conrad, who quietly sat in the courtroom, and the family and friends of his wife, Kimberly, and son, Stephen, as they faced the individual accused of killing their wife, son, grandson, and friend, and heard him admit to the charges against him.

It was just as emotional for Hisey, himself, his wife, parents and friends as he accepted responsibility for his actions Dec. 25, 2016, and the prison term he is facing.

Hisey’s plea agreement will be accepted, or denied, at 1 p.m. Oct. 17. Sutton has the option of adding additional time to the sentences, which will be suspended and served on probation.

Hisey was the driver of a 2013 maroon Chrysler the evening of Christmas Day, 2016, when it struck the Conrad vehicle near the intersection of Crazy Corners, Syracuse. Kimberly Conrad and her son, Stephen, were fatally injured. The driver, Steve Conrad, was seriously injured and is still recovering from his injuries. Hisey himself was seriously injured and is also recovering. Additionally, a passenger in Hisey’s vehicle, Brody Jordan, was injured.

According to the terms of the plea agreement, it will be at the court’s discretion regarding the executed sentence. In counts I and II, the sentences will not be less than three years, nor more than five years. For counts V and VI, the executed sentence shall not be less than one year nor more than two years. The sentences are to run consecutively (one following the other). Additionally the court can impose any sentence authorized under the law, except that any sentence imposed in excess of the maximum will be suspended and served on probation.

Additional terms are Hisey’s driver’s license will be suspended for six years for count 1 and an additional six years in count II, to be served consecutively and become effective after his release from incarceration.

The remainder of the plea agreement included special terms of probation including zero tolerance to drug and alcohol use, or entering any bars, taverns and liquor stores among others; not commit any new crimes while serving the sentence; not operate a motor vehicle without a valid driver’s license; and submit to random drug screening if placed on probation.