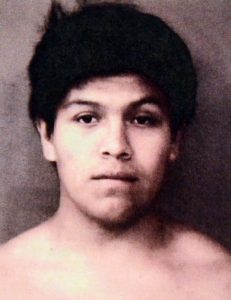 WARSAW — A call for help from a suspicious vehicle was heard by a concerned citizen who then notified police. The result was the arrest of Ricardo Cacahua Ahuatl, 20, 1692 E. 200N, No. 205, Warsaw, Tuesday, Sept. 12.

Ahuatl was arrested for domestic battery causing serious bodily injury and criminal confinement. His bond was set at $11,250. No official charges have been filed.

Officials with the Warsaw Police Department report officers received a call of a suspicious vehicle on South High Street, after an individual heard a female yell for help. The female was inside the vehicle and was yelling from an open window.

When police arrived they found Ahuatl and a female in the back seat of the vehicle. The windows were closed. When Ahuatl opened the window, police observed blood on the female’s face. Police learned a battery had occurred earlier that day at another location and Ahuatl had placed the female in the vehicle, refusing to let her exit the vehicle. He drove to the South High Street location where he allegedly wanted to speak with her about what had occurred.

He told police several times the female made actions as if she was going to hit him and after several of those actions and the feeling he was going to be hit, he punched her with a closed fist in the face and leg.