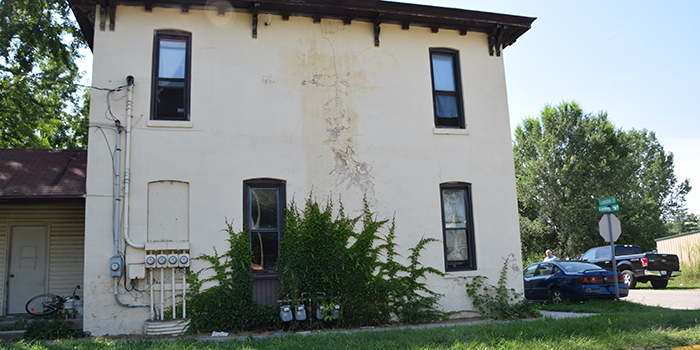 WARSAW — Despite a civil penalty of $5,000 being imposed last month, the owner of 501 W. Jefferson St., Warsaw, failed to appear at the Department of Code Enforcement’s hearing held today, Sept. 18.

James Best owns the building, which is separated into four different apartments. Last month, he appeared in person and was informed of the 25 various code violations. Hearing Officer Lawrence Clifford implemented the civil penalty and demanded that smoke detectors be installed on Aug. 21. The hearing was reset to today’s date to see if any progress had been made on any of the violations.

When a city official went to check if the smoke detectors had been properly installed, the tenants got into a verbal altercation with the official. The altercation revolved around an unplated vehicle at the residence that had already been tagged.

Clifford was not happy with the lack of progress and imposed an additional $5,000 civil penalty. The hearing was reset for Oct. 16. At that point, if no progress is made, the city may consider changing the repair order to a demolition order.

Brad Elberly, the owner of 1627 Fishers Ave., Warsaw, also failed to appear at the hearing. He rents the residence out to a tenant who has continuance garage sales and unplated vehicles in the yard. Both of these issues are against local ordinances.

Very little communication has been had from both the tenant and the owner. As of this morning, city officials still witnessed one vehicle without tires or plates in the yard. The city has already towed vehicles from the residence and will work to remove the final vehicle.

Clifford stated he will look into the ordinance fines for the property’s particular issues. The hearing was reset for Oct. 16.