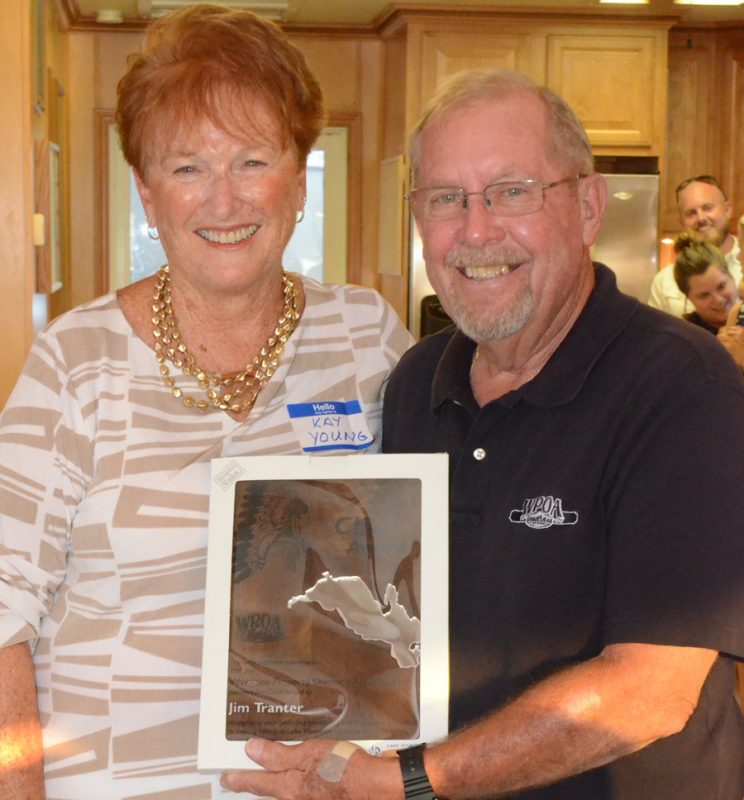 Kay Young, left, president of the Wawasee Property Owners board of directors, presents Jim Tranter with the 2017 WPOA Chief Award.

SYRACUSE — Jim Tranter had no idea the reason a majority of his family had joined him and his wife, Karen, for the Wawasee Property Owners Association annual meeting was because he was to be the recipient of the WPOA 2017 Chief Award. In fact he didn’t realize he was the recipient until mention was made about the start of his local business. The meeting was held during a cruise around Lake Wawasee on the SS Lilly Pad Saturday evening, Aug. 19.

“I want to thank everybody for such a wonderful award. It’s an honor, it really is,” said Tranter. “We have a wonderful lake we live on and it’s all because of all of you and what you do for the lake to keep the lake the way it is.” He concluded by stating the lake patrol will continue and his receipt of the award is “not a get out of jail free card.”

Kay Young, president of the WPOA board of directors, introduced the recipient of the Chief Award. During her presentation about Tranter’s past, she noted he was born in Ohio and went to college in Michigan. He spent his summers on Wawasee working with and for many of the original families.

The Tranters came to Syracuse, after his graduation, to work in the Syracuse area. After a short stint in business outside the state, they returned and started their own business with one employee. Today that business employs more than 100 people, and was recipient of the Small Business of the Year Award for Kosciusko County.

Tranter has served in city and county government positions. He has coached Little League and is a member of the Lions Club and Knights of Columbus. He is an advocate for autism and special needs people. 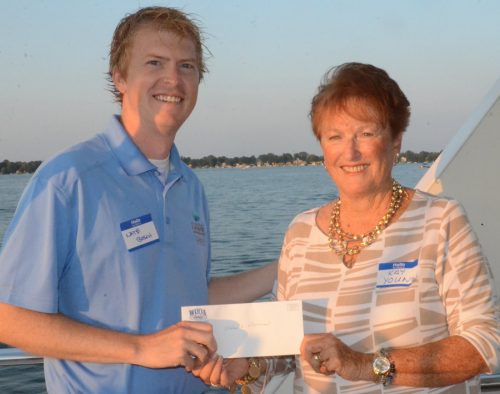 Dr. Nate Bosch, Lilly Center for Lakes & Streams, left, accepts a check from Kay Young and the WPOA to support the aquariums in the classrooms at Syracuse Elementary.

“Along the road he became a member of the board of the WPOA,” said Young, noting his passion became the lake patrol. “Through his dedication over the years, the lake patrol is known for its well trained, hardworking volunteers that spend countless hours on the lake protecting and educating boaters about safety of the water. With Jim Tranter’s lead and continued support, the WPOA Lake Patrol has become a standard mirror for every lake patrol.”

Additionally, Young stated it was Tranter’s foresight that began the Chief Award 10 years ago.

The Chief Award is given yearly to someone in the community who has given of their time and talents not only to the community but to help preserve Wawasee and who over the years has shown how much they love and support the lake.

There were only two other items of business during the meeting — a check presentation to Dr. Nate Bosch with the Lilly Center for Lakes & Streams to use toward the aquariums at Syracuse Elementary School; and the election of Bill Ruddell to the board of directors. He will replace Garth McClain.

Young did announce the resurrection of the Cottage Tour for 2018 and it will be called “Tour of the Century” featuring homes at least 100 years old. The event will be held the first Saturday in August. 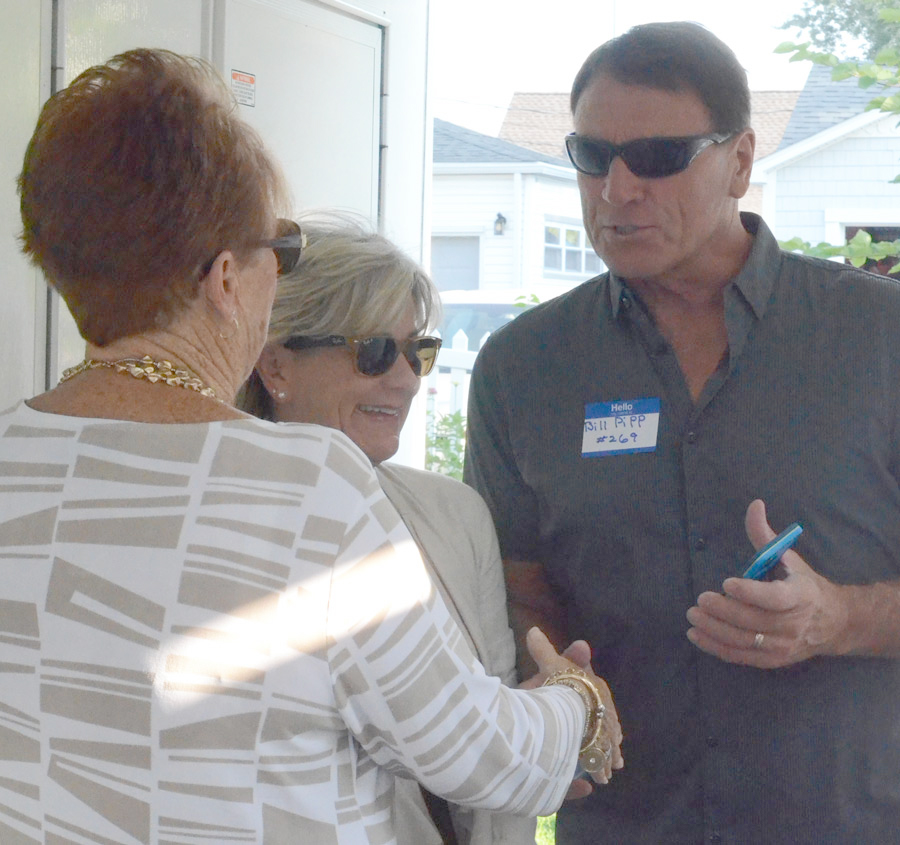 Kay Young, president of the WPOA, greets Terry and Bill Pipp aboard the SS Lilly Pad for the annual meeting. 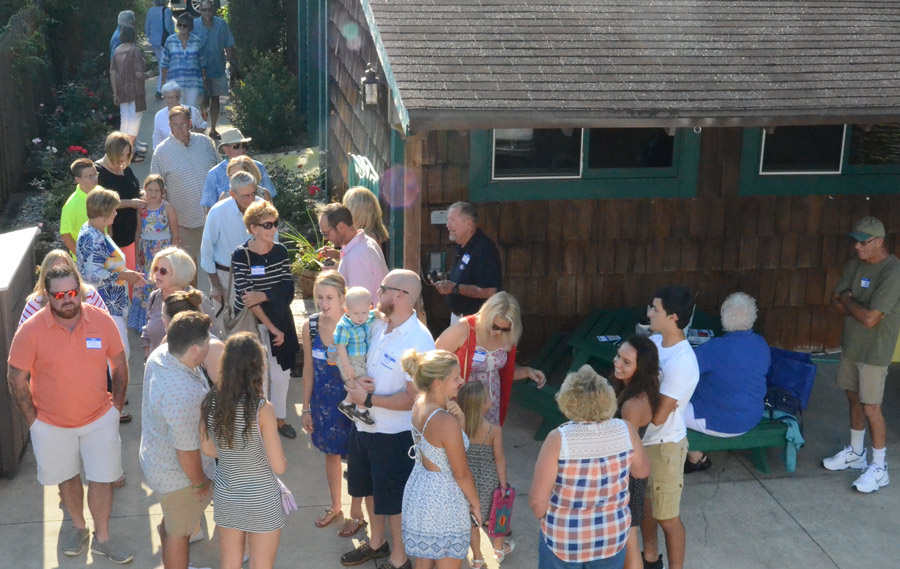 A group gathers on the dock at The Frog before boarding the SS Lilly Pad for the WPOA annual dinner meeting.