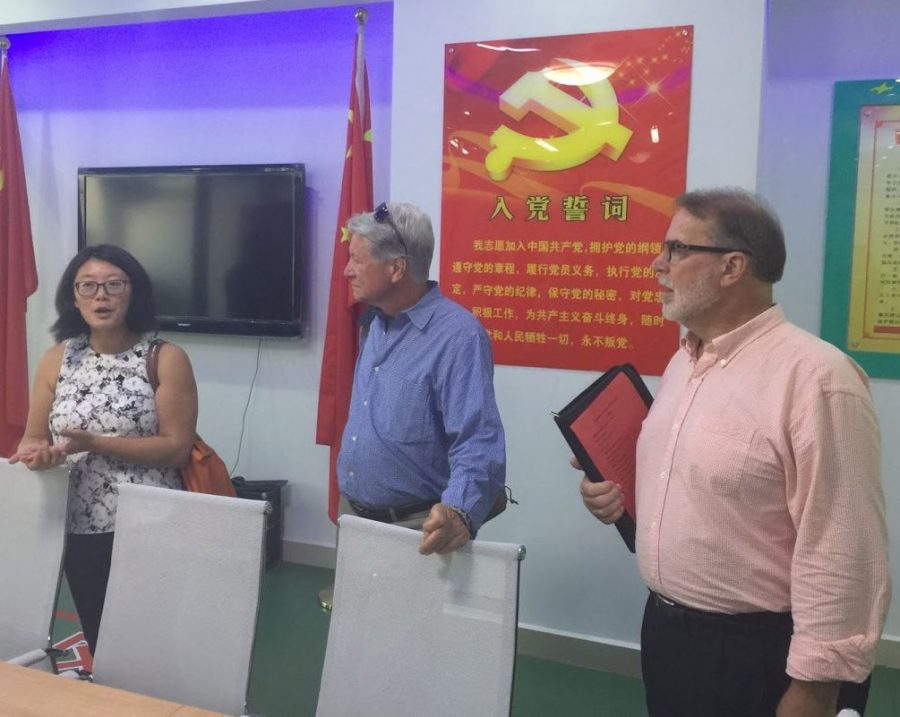 Dr. Tom Edington, right, is shown with Chuck Woodruff, financial officer of the American Association of School Administrators, center, and the Chinese language interpreter on the far left while visiting a classroom during the trip to China.

SYRACUSE — A teacher before he became a superintendent, Dr. Tom Edington, superintendent of the Wawasee Community School Corporation, shifted gears and went into the learning mode while visiting China earlier this summer. He was one of 10 superintendents from across the United States, and the only one from Indiana, to take the 12-day trip from July 7-19.

Sponsoring the trip was the American Association of School Administrators, Triway International Group and the Chinese government. AASA invited superintendents to apply if interested. Edington is the president-elect of the Indiana Association of Public School Superintendents.

“Part of my role here is to help provide the best education we can for students,” he said, explaining in part why he decided to apply for the trip. The trip was a sharing of educational ideas. “We shared some of the good things we are doing here and they shared what they are doing in China,” he said.

The American group visited the Chinese cities of Shanghai, Beijing and Nanjing, all with populations in the millions. Although China is roughly equal to the U.S. in land mass, it has four times the population of the U.S. and there are 250 million students being educated in the country. They visited nine different schools including one in what is considered a rural area in China in Jinhu, though it has a population of about 300,000.

Edington said he felt it was wise to visit such a huge country to see what could be learned about educational methods. “We maybe need to understand and know more about China,” he said. “We could look for mutual relationships to benefit our schools.”

Edington noted changes are occurring in the way China educates its students. “They felt confident in saying they are experiencing an education revolution,” he said. “They want to learn more about how we teach students to work together and to do problem solving.”

In turn, Americans can learn about how the Chinese take a national test and how it is incorporated into the curriculum. “They don’t have the hiccups like we do with testing,” he said, and have found ways to make national testing effective.

Discussions between the Americans and Chinese were open and honest, Edington commented. Those discussions included, among other things, licensing of teachers, parental involvement in schools and how to incorporate science, technology, engineering and math, or STEM, into standards. “Parental involvement in schools is something we are always striving for and they are just now starting to learn,” he said.

Education in China is required for grades one to nine. After the ninth grade it depends on how the student scored in testing. They can go to a vocational school, continue with high school or even enter the workforce. Edington noted high achieving schools were the ones visited.

The inside of a school building is similar to an American school, though some buildings are as many as five stories tall. Teachers are “revered” in China and there is greater respect for teachers than often found in the U.S., Edington noted. “We saw teacher dorms at some schools,” he said, with something similar to efficiency apartments.

And the arts are valued in China even more so than in the U.S. with some schools entirely focused on the arts.

The trip was not all business, but there was time for visiting sites such as The Great Wall, Tiananmen Square and others. Dr. Edington was able to take his son, Ryan, along too. 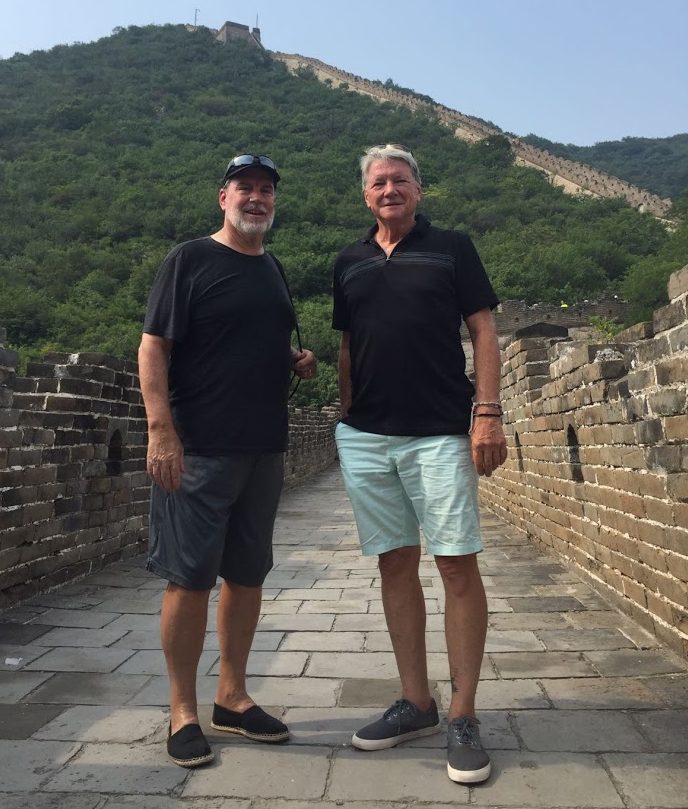 Dr. Tom Edington, left, is shown with Chuck Woodruff of the American Association of School Administrators at The Great Wall in China.