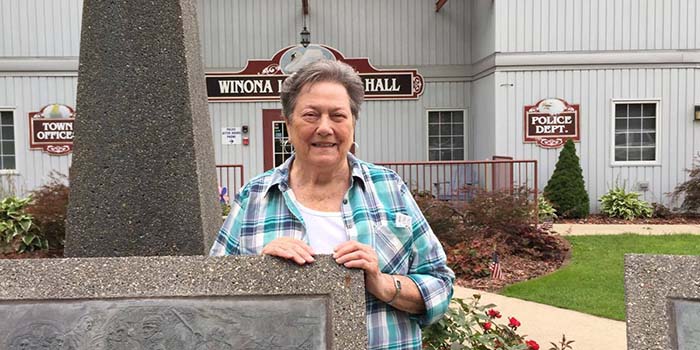 WINONA LAKE — Theila Banta, Winona Lake, has filed to fill the District one vacancy on the Winona Lake Town Council.

Banta has lived in Winona Lake for 14 years. Prior to living here, Banta lived in northern California for 40 years.

The council seat hopeful says she has been involved in politics throughout her life and strongly believes in people being informed and involved in government. While Banta has not held a position in public office, she previously ran for school board in California.

Banta works at the Baker Youth Club in the upper grade after school homework program. She has been working at the BYC for seven years.

If Banta were to be chosen to fill the vacant spot on the council, she hopes to see Winona Lake continue to have appreciation for art and history as it has in the past.

She said the area is a unique place and by running she wants to, “Help them promote the Town of Winona Lake and help it run smoothly.”

Banta’s son Matthew and Cindy Banta live in the area with their daughter Makayla.

Banta is the third individual to file for the vacancy. James Zachary and Kearstin Criswell are also seeking to fill the vacancy.

A caucus will take place to fill the vacancy at 7 p.m. Tuesday, Aug. 8 in the Winona Lake Town Hall Chambers.

Members of the caucus, candidates, designated caucus staff, Republican Party Officials, duly appointed watchers and members of the news media shall be eligible to attend the caucus.

A member of the Winona Lake Town Council, District 1 shall be elected by secret ballot of the majority of members of the voting caucus to fill the vacancy in the office.