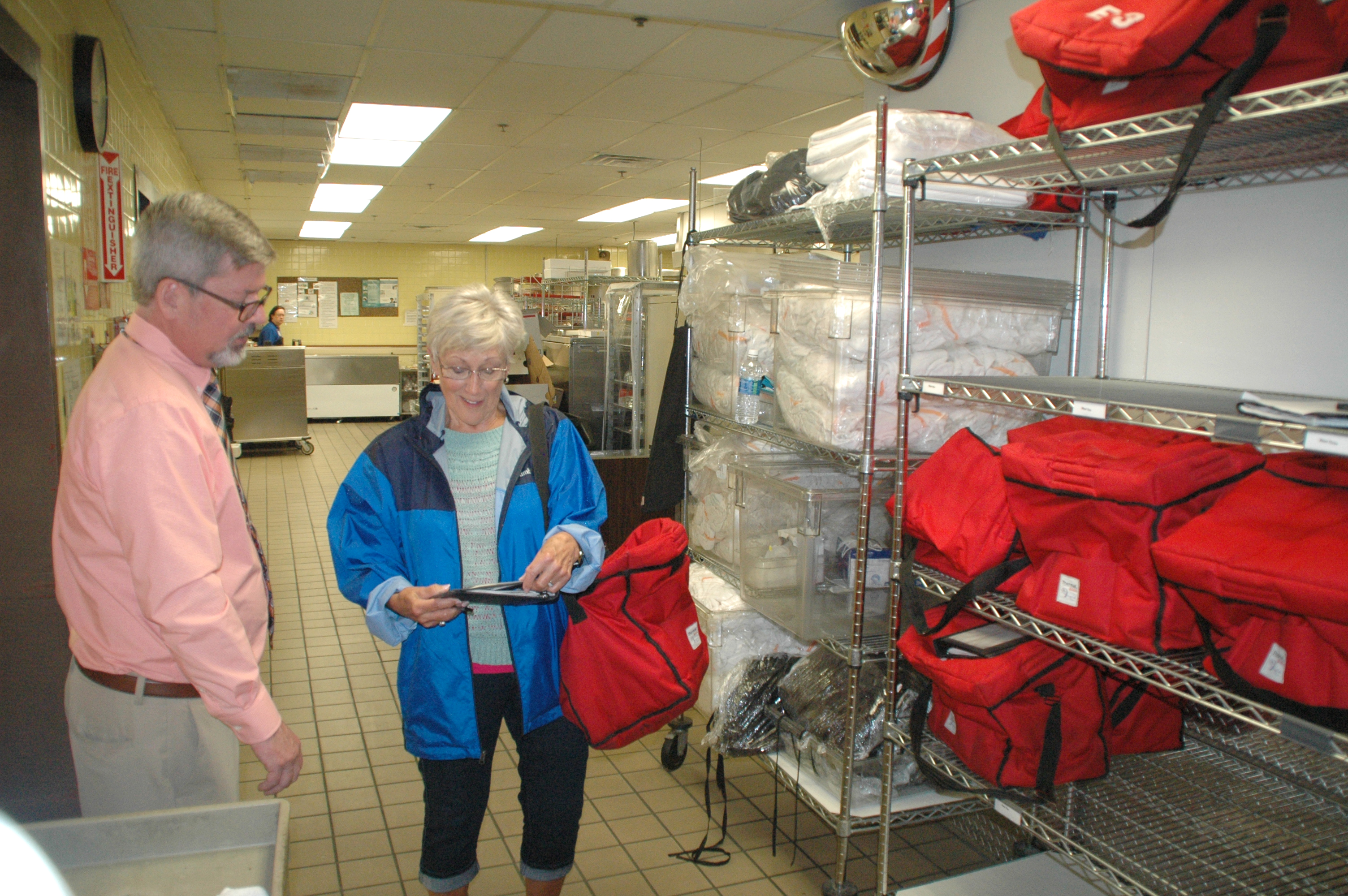 WARSAW — Kosciusko County’s need for workers received national attention in a recent Washington Post article. But what many may not realize is volunteer organizations are also in need of help, particularly drivers.

Programs such as Kosciusko Community Senior Services Meals on Wheels not only provide a nutritious hot meal to around 100 seniors per weekday, but also a caring, watchful presence, enabling recipients the continued independence they crave. Studies show life expectancy dramatically decreases when seniors move into institutional care facilities.

Since 2009, Mary Redman of Leesburg has been a volunteer driver and scheduler for Meals on Wheels. “I started shortly after my husband passed away,” she explained. “I felt the need to help people and not just sit around.”
Redman also drives for Mobile Ministries, taking cancer patients to radiation and chemotherapy appointments in Indianapolis and other cities. “We need drivers for cancer runs,” she emphasized.

Her second husband Jim Redman moved from Indianapolis to Leesburg and also volunteered for Meals on Wheels. In fact, the couple managed to recruit several members of the Leesburg Lions Club. This was important because the program is always in need of drivers.

“I hear so many retired people say, ‘I’m really bored.’ I say, ‘It’s up to you. It’s what you want to do for others and yourself,’” Mary explained.

Jan Callaghan, who runs Mobile Ministries along with Mary Lou Smith, also expressed frustration about the lack of volunteers, which sometimes leads to drivers like Redman being on the road every day some weeks.

David Neff, KCSS executive director, stressed the importance of Meals of Wheels beyond the “meals.” “It’s also a wellness check. We’ve saved lives because someone is down.” Neff said of Mary, “She can often tell by looking at them.”

A woman on Jim’s route was found sitting on the floor. Meals on Wheels does not deliver on weekends, and without anyone to check on her, she had been unable to move throughout the weekend.

“It worries me when they don’t answer,” Mary commented.

“A nursing home is super expensive,” Mary observed. Between Meals on Wheels, visiting nurses and family, one couple, John and Ruth Schanbacher, who have been married for 62 years, are able to continue living in their home at the lake, which shimmers just outside the glass doors.

Most drivers’ routes take around an hour and a half, once per week, though this can vary. Mary, who schedules for the east two route, has drivers who may only deliver once a month. “My drivers are very loyal,” she stated.

Drivers must pass a routine background check and be certified. Then they usually ride with another driver to observe. The route starts around 10:30 a.m. at Kosciusko Community Hospital, where the cooking staff prepares the meals for delivery.

A quick look at the Meals on Wheels schedule, located on its website, www.kosciuskoseniorservices.org, shows several openings for anyone interested in volunteering. Volunteers may also sign up at volunteerkosciusko.org.

To volunteer for the American Cancer Society, go to www.cancer.org.