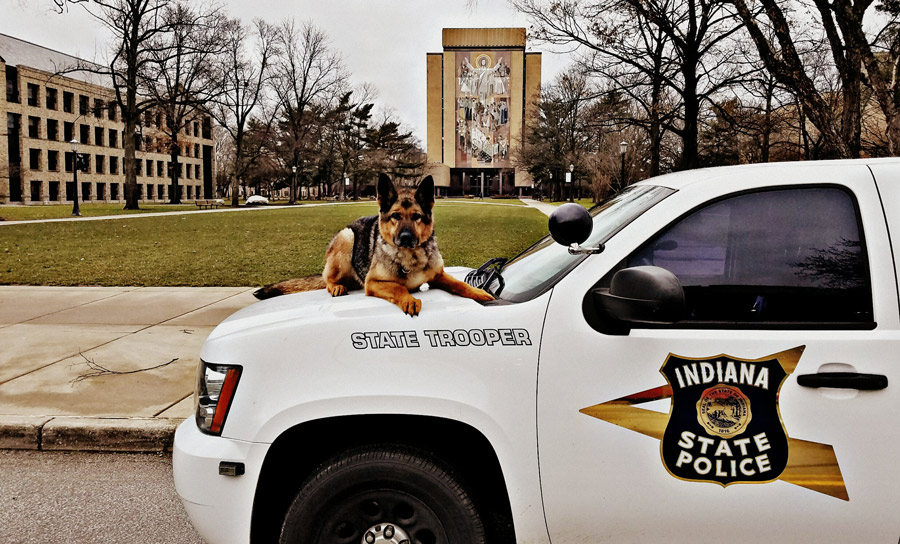 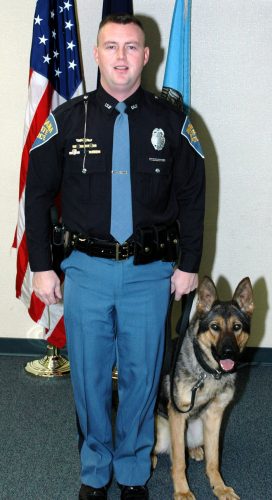 Master Trooper Mick Dockery and Hondo have been partners since December 2007.

Dockery and Hondo were paired together in December 2007 when they both entered the Indiana State Police Patrol K-9 program. During their nine year partnership they conducted more than 600 searches resulting in more than 600 drug related arrests. They seized nearly 1,800 pounds of marijuana, more than 3 pounds of methamphetamine, 107 pounds of cocaine, more than 10 pounds of heroin, and more than $2.4 million in cash and assets associated with drug trafficking.

The pair were also responsible for catching 42 fleeing criminals, one of which was wanted for murder and another who was actively resisting and attempting to disarm Dockery. Hondo’s service was far reaching, commented Dockery. “We assisted agencies across the country to include the DEA, ATF, Homeland Security, and local drug task force officers.”

Dockery and Hondo participated in dozens of public appearances during their partnership to include an appearance on the radio with the nationally syndicated “Bob and Tom Show.”

Hondo was a valuable asset to the Indiana State Police until his retirement in February 2017. Though Hondo now spends his days relaxing at the Dockery family home, Dockery has continued his involvement with the ISP K-9 Patrol Program as a master K-9 trainer for the state police. 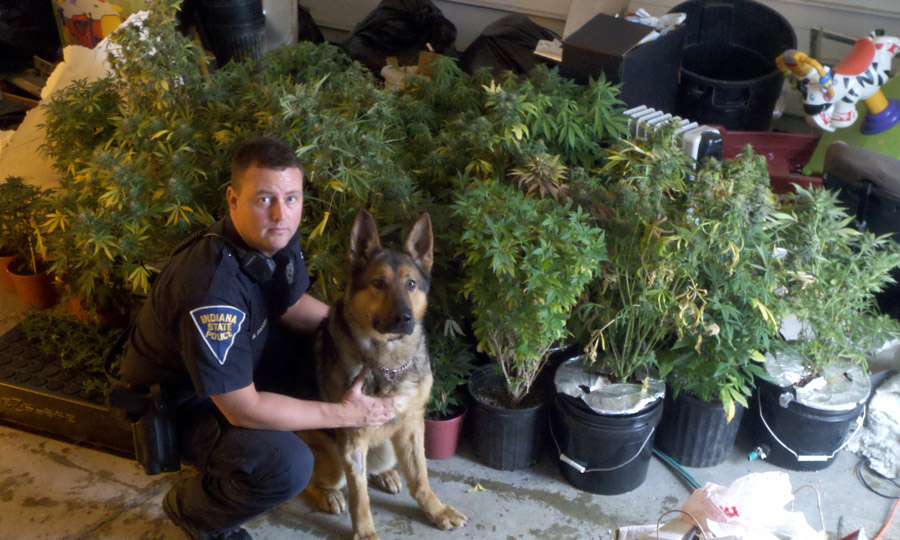 Master Trooper Dockery and Hondo with one of their marijuana seizures.