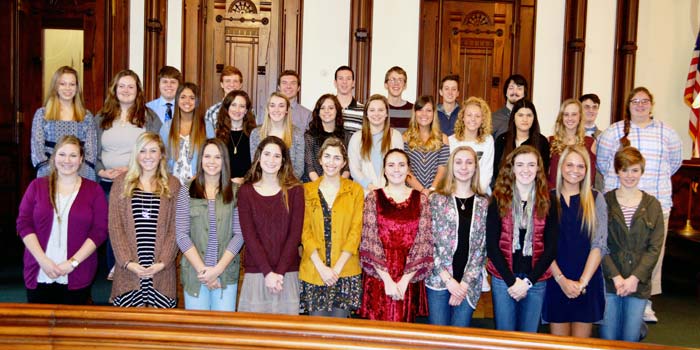 WARSAW — Overcoming challenges was the theme during the Kosciusko Youth Leadership Academy banquet and graduation May 3. 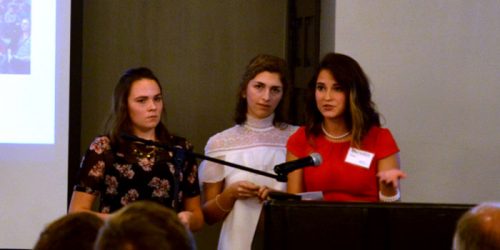 Claire Rich, Meredith Phipps and Grace Miller, all of Warsaw Community High School, presented their Project Proud project “Buddy Benches.” The benches are installed in school playgrounds for kids to sit on when they need a buddy to play with. Currently one is installed at Madison Elementary with planes to install benches at Washington and Eisenhower Elementary schools over the summer.

“Loneliness in children at such a developmental stage in their life can really affect interactions with their peers and their self-esteem…we thought this would be a good way to encourage empathy…when they’re sitting on this bench with their peer what they’re basically doing is practicing acceptance.”

When the team met with kindergarteners at Madison, the kids were very receptive to the idea of bench. When the class was asked to raise their hands if they had ever not had a friend to play with at one point or another, nearly every child raised their hand. Since that meeting, teachers have reported that the kids are indeed using the bench.

The second group to present their Project Proud made tie-blankets for local pediatric hospitals to be given to youth who are admitted to give them hope and comfort. The group used the mission statement: “Letting the work of our hands show the love of our hearts.” 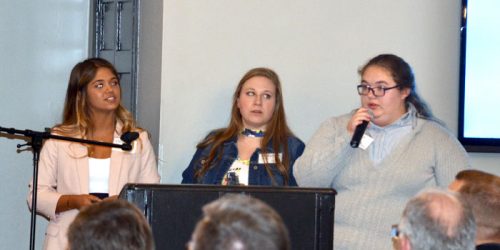 McKenzie Murphy, Susan Nickerson and Olivia Trippiedi of Tippecanoe Valley High School were the three KYLA students who headed this project. With all three wanting to be involved in pediatric health, they felt a special connection to their goal. Overall they delivered blankets to Woodlawn Hospital in Rochester, Kosciusko Community Hospital, Warsaw, and Riley’s Children Hospital in Indianapolis.

With the blankets, the group also donated crayons, coloring books and UNO cards, as well as several stuffed animals.

In all, 130 blankets were made and donated to the three hospitals.

Keynote speaker Warsaw Community High School senior Mason Metzger finished out the presentations for the evening. “He exemplifies what it means to lead with purpose while making a positive impact on the world around him,” said KYLA President Emily Cowan.

Metzger doesn’t consider his disability a disability but rather a “specialized challenge.” His mission is to inspire others and be a shining light to the world, sharing his story with others. “My disability doesn’t define me, what does is being a child of God,” comments Metzger.

Metzger was diagnosed with spastic cerebral palsy as an infant and has undergone physical therapy since three months of age. In the fourth grade, after overcoming a difficult year, Metzger decided he wanted to do public speaking, eventually realizing he wanted to use his voice to inspire others. In fall of 2016, it was announced that Metzger would be a 2017 Riley Champion, which lead to him sharing his story at the Indiana House of Representatives.

“We all have challenges, everyone’s challenge is just different,” says Metzger. “We are all unique…uniqueness isn’t a bad thing.” 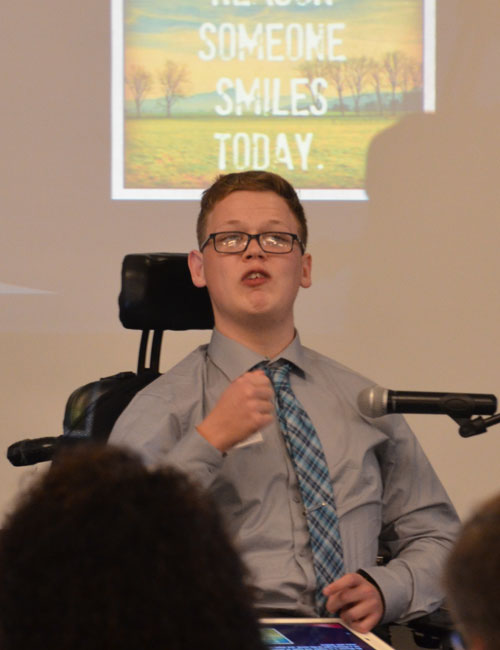 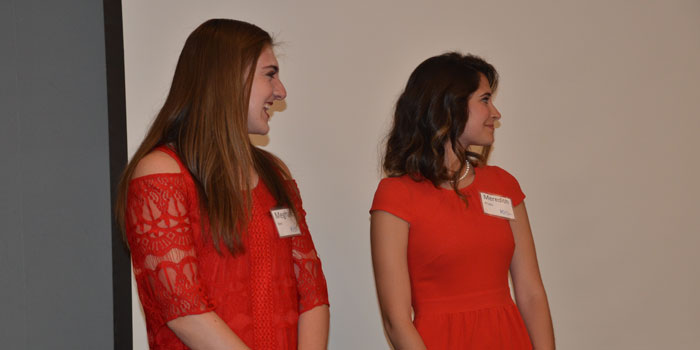 Meghan Beer, left, and Meredith Phipps were announced as next year’s at large student board members.