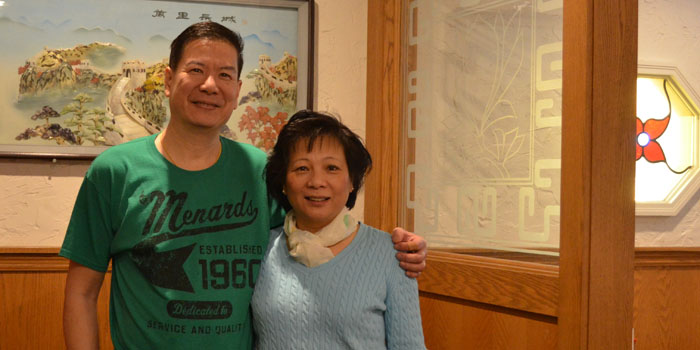 Pictured, from left, Wei and Jonnie Feng, owners of The Great Wall restaurant in Warsaw.

WARSAW — Although they will not be visiting the iconic Great Wall during their upcoming trip, Wei and Jonnie Feng, owners of The Great Wall restaurant, Warsaw, will be traveling to China.

Both Wei and Jonnie were born in China. The Fengs have not been back to China since coming to the United States – Jonnie in 1983 and Wei in 1987.

In the late 1970s, Jonnie’s father, unhappy with communist government policies, left China. He swam for seven hours across the border in China to Hong Kong. Several years later her father obtained citizenship in the U.S. and then petitioned for his family members to receive permanent residence in the United States. Jonnie, her sisters, her mother and grandmother all came over together in 1983. Jonnie was 18.

Wei came to the U.S. at the age of 24 after his uncle, the late John Wong, original owner of John Wong’s Restaurant, Warsaw, petitioned for his relatives in China to be allowed to come to the U.S.

Jonnie and Wei met in Elkhart while both were working at The China Star restaurant. In August 1989 the Fengs bought The Great Wall restaurant in Warsaw. Jonnie said owning and operating a restaurant had not always been her plan. She stated she had always thought she might work at a bank.

The Fengs will be spending two weeks in China later this month. Jonnie said she is interested in seeing what China is like 34 years later. Her husband wants to visit his grandmother’s gravesite while they are there. He also wants to see his six cousins who are still living there. The Fengs’ daughter will be accompanying them on this trip, as well as Wei’s parents.

The Fengs have now owned and operated The Great Wall restaurant for 28 years. Jonnie said the success of the restaurant has been due to the loyalty and support of their customers. 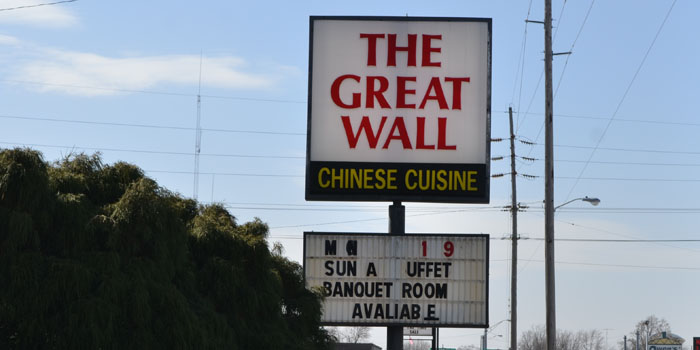