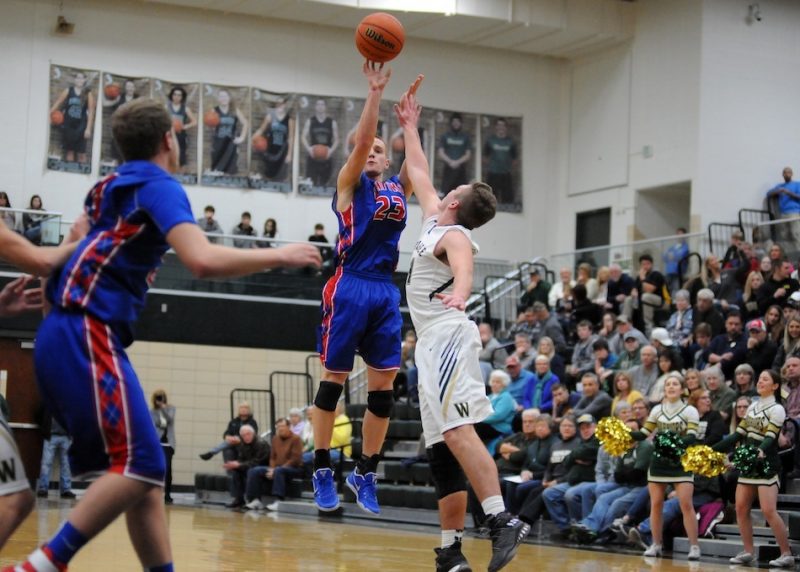 For the past four months basketball fans have been treated to some fantastic basketball in the local area. Some teams reached new heights this season, while others broke in new coaches, new systems and have laid the foundation for a successful future. Through it all there have been players that have risen above their peers and stood out, showing that their talent is above the rest. This year’s Ink Free News All-Area Boys Basketball team features the best of the best from seven local teams.

Kyle Mangas earned Player of the Year honors for the second season in a row. The Indiana Wesleyan recruit will leave as one of the most successful players in Warsaw history, which is saying something. Mangas seemed like a clear-cut choice, but the performance of Whitko’s Nate Walpole made the POY discussion much more interesting. Throw in the success of NorthWood and the play of Vinny Miranda and suddenly there were a trio of players that had a fair say in being tabbed the area’s best.

Those three led the First Team followed by Whitko’s Spencer Sroufe, a rebounding machine with the ability to score in chunks. Rounding out our top five this season is Triton’s Zac Pitney. As the Trojans made their push for the Hoosier North Athletic Conference crown, Pitney was one of the hottest players in the area.

Kyle Mangas, Warsaw — Mangas, a 6-3 guard, takes our top spot following a regular season that saw him lead the Tigers to a 7-0 mark in the Northern Lakes Conference for, a record, third straight season. Mangas’ efforts were even more impressive as the Tigers never had a true No. 2 scorer emerge, leaving the bulk of the duty on his shoulders. Mangas finished the regular season averaging a team-high 21.5 points per contest.

Nate Walpole, Whitko — There is no better scorer on this year’s all-area team than Whitko’s Nate Walpole. The senior is fourth in the state with his staggering 27.2 points per game average, a feat that is not accomplished easily. His scoring average also makes him the second-highest scorer in Class 2-A. Walpole has been under the radar, under recruited and underappreciated throughout his career in South Whitley, but his efforts have earned him a spot on our all-area list each of the first three year’s of its existence. The only other player to be featured on the First Team each of the past three seasons is Mangas. Walpole helped lead the Wildcats to a 6-3 mark in the Three Rivers Conference and a 14-8 record overall. Walpole also led his team in assists (5.8) and steals (1.7). Walpole was twice honored as IBCA District 1 Player of the Week during the season. Walpole is within 41 points of breaking 2,000 for his career, and would join Logan Irwin as the only Whitko players in program history to accomplish the feat.

Vinny Miranda, NorthWood — With an even 20 points per game average, NorthWood’s Vinny Miranda established himself early and often as a solid scorer and the fuel the drove the Panthers to a 20-2 record. Miranda made headlines with his scoring prowess, including several outings where he scored north of 30, but his importance to the Panthers was about more than just getting the ball through the hoop. The Taylor University recruit also led NorthWood with 70 assists and 30 steals. The senior was second on his team with 5.1 rebounds per game, once again showing his ability to do it all for the No. 2 team in Class 3-A, which tied an Elkhart County record by winning 20 games for the fourth straight season. The only other team to accomplish the feat were the Elkhart High School teams from 1950-54.

Spencer Sroufe, Whitko — Who? Sroufe may be the the most unheralded player on this entire list, but that does not mean he has not earned his keep here or for the Wildcats. Sroufe is the first of three underclassmen in our top 10 and the only sophomore, but that is all with good reason. The sophomore finished the season in the top 20 in the entire state with his 10.6 rebounds per game. That stat puts him as the fourth-leading rebounder in Class 2-A and second in the TRC. Sroufe undoubtedly makes the most noise with his work on the boards for the ‘Cats, but what makes him so difficult for other teams to plan for is his successful offensive production. Sroufe averages 12.1 points per game to help boost Whitko, who has both Walpole (27.2) and River West (16.0) the first two options. That’s right, the sophomore that many have never heard about averages a double-double on a nightly basis.

Zac Pitney, Triton — A 17-5 record, a conference championship and a whole lot of style. Triton’s Zac Pitney was one of the areas most exciting players to watch develop over the 2016-17 season. The senior started to emerge after Christmas break and helped to fuel the Trojans to the Hoosier North title behind averages of 15.8 points, 2.5 assists and 1.9 steals. Pitney was one of just six players to average more than 14 points per game in the entire HNAC. His 14 points against Knox on Feb. 24 helped seal the league title for the Trojans. Pitney also scored 13 points in each of his games against Triton’s chief rivals Tippecanoe Valley and Bremen. The senior has walked the walk and talked the talk for the Trojans who desperately needed a scorer to emerge after graduation took the team’s top two scoring option last season. Pitney’s rise did not go unnoticed.

Alec Craig, Tippecanoe Valley — The engine that powered the Tippecanoe Valley boys basketball team this past season was Craig. The senior was a jack of all trades, the heart and soul, the glue guy and most other cliché things for the Vikings. The bottom line for Valley this past season was if it needed done, Craig was capable of doing it. He led the team with 17 points per game, 3.8 assists and 1.7 steals and was second on the team with 3.3 rebounds. Craig topped the 30-point threshold three times this season, including a season-high 34 against Knox. Craig also tallied 28 in a quadruple overtime win against rival Whitko back in December.

Grant Johnson, Triton — Johnson was the other part of the two-headed monster that the Trojans unleashed on the HNAC this past season. While Pitney led the way with steals and assists, Johnson finished the regular season with per-game averages in points (13.2), rebounds (7.3) and blocks (2.2). In the biggest games for Triton this past season, Johnson shined. He came up big in wins over Valley, Bremen and Knox but was big in the HNAC showdown with Winamac, scoring 11 points and pulling down six rebounds, which became the win that pushed Triton to an outright conference championship.

Luke Zurcher, NorthWood — Zurcher played second fiddle to Miranda for much of the season, but still put up a stat line that most teams die to have. Zurcher posted a nightly average of 14.9 points, 4.1 boards, 1.5 assists and 1.0 steals. Zurcher excelled when he needed to for the Panthers, including a 16-point outing against defending 1-A state champion Liberty Christian and just recently scored 23 against St. Joe on the road. Zurcher had to take on a bigger role for the Panthers this year after a strong senior class departed, but with the Panthers sitting at 20-2 overall and his per game scoring average up by more than six points from last year’s total, it’s safe to say the senior has handled the adjustment well.

Trevon Coleman, Wawasee — It is hard to say whether or not one player can make all the difference for a team, but Coleman has had that impact on the Warriors this season. Wawasee is a team that struggles to find an identity on offense, leaving Coleman to make things happen. The junior averaged more than 13 points per game in the regular season and seemed to be hitting his stride before suffering an injury against Elkhart Memorial in mid-January. During his injury Wawasee’s offensive production plummeted and improved once he made his way back on the floor after a four-game absence. Coleman hit double figures in the first nine games of the season for Wawasee, helping the Warriors initially jump out to a 4-1 start before the team hit a rough patch. Despite a tough season for the Warriors overall, Coleman was a consistent bright spot with his natural talent and knack for scoring.

Josh McDaniel, Lakeland Christian Academy — Small time school, big time player. McDaniel took a huge leap during his junior campaign and led the Cougars with per-game averages of 16.8 points, four rebounds and two steals. Though he missed two games due to severe illness, McDaniel was a force for LCA throughout the year. His natural leadership skills and high-scoring ability made him the key piece in the most successful season to date for LCA during its time as an IHSAA member. McDaniel serves as a fitting player to round out our annual list as he is the final underclassmen and could be a perfect bridge to next year’s all-area list. 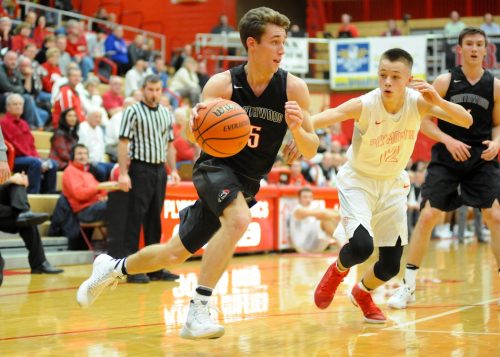 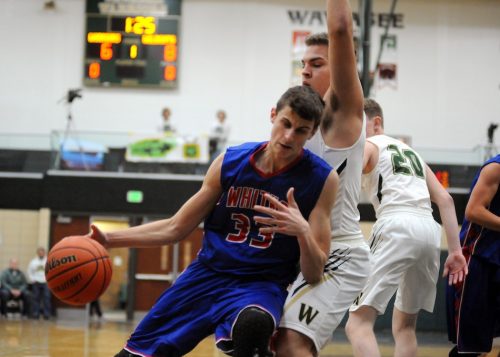 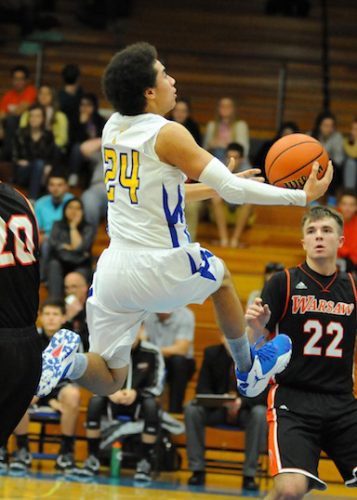 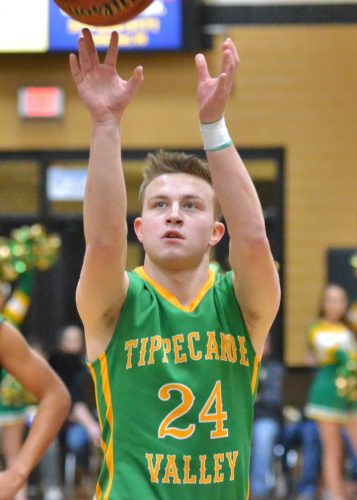 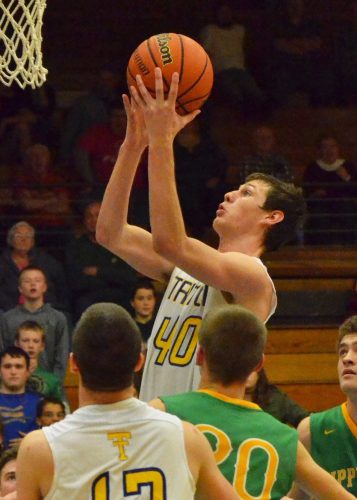 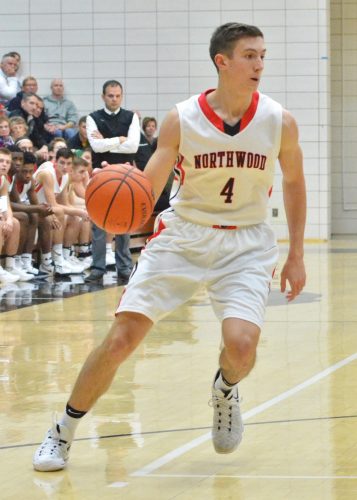 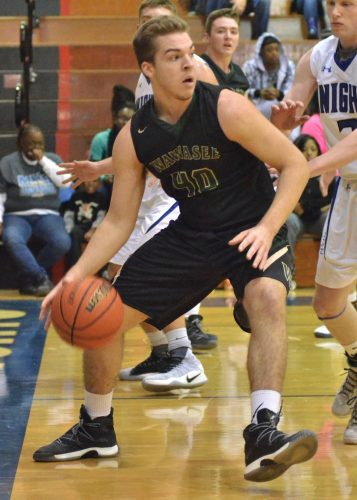 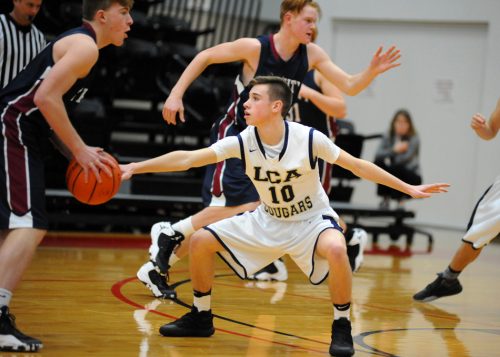