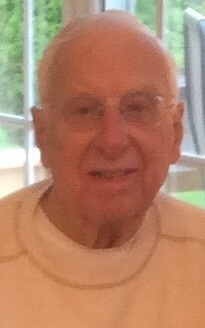 He was born June 19, 1929 in Tengyueh, China to missionary parents Francis Julius Fitzwilliam and Jennie Eliza (Kingston) Fitzwilliam.  On March 24, 1951 in Wheaton, Ill. he was married to Alice Ruth Larson, who survives in Warsaw.

Jack was a 1951 graduate of Wheaton College in Wheaton, Ill.  He also attended Moody Bible Institute in Chicago for two years. In 1961 he received his Master’s degree from Northern Illinois University.

He moved to Tokyo, Japan to teach in a Christian Academy for missionary children.  Later he was transferred to Faith Academy in Manila, Philippines as the business manager for three years.  In 1964 he returned to Wheaton, Ill. and worked as a business administrator until 1984.  Jack was the C.E.O. of Business Link Executive Suites which he founded and retired from in 1999.  He enjoyed gardening and most of all he dearly loved his family.

Memorial donations may be directed to 2nd Mile Missions-Dominican Republic, P.O. Box 733, Winona Lake, Indiana  46590 and would be appreciated by the family.