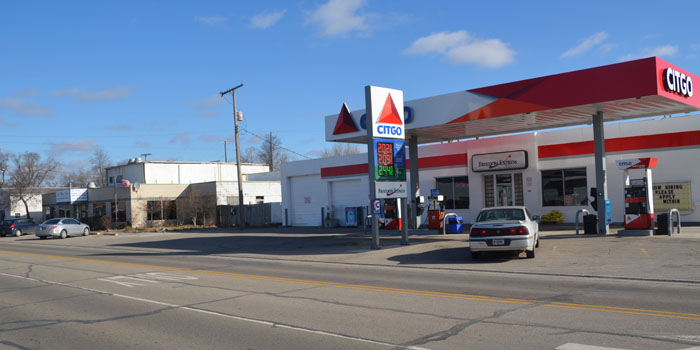 WARSAW — Argonne Road is one step closer to getting a “state-of-the-art convenience store.”

During the meeting, Gregg Cobb, owner of Freedom Oil LLC, or the Freedom Express gas station, 425 Argonne Road, presented the commission with a petition asking for the recommendation. Cobb told the commission he has the opportunity to purchase the property that Our Father’s House is on, located right beside his gas station.

If Cobb were to purchase the property, he would demolish both Our Father’s House and Freedom Express and build a new Freedom Express. The petition states that the new building on the property would be a state-of-the art convenience store. The cost of the construction for the new facility is estimated at 1.8 million.

City planner Jeremy Skinner mentioned during the meeting that Argonne Road has been an area the city has been wanting to make improvements.

Cobb stated this renovation will, “revitalize the area.”

Cobb indicated this transition would benefit the general public by improving and upgrading the structures, reducing traffic congestion and proving an essential first step in providing for potential development.

Cobb asked the commission for a recommendation to the Warsaw Common Council to receive a designation of an economic development target area. If he were to receive the title of an economic development target area from the council, the land could be up to possibly receive a tax abatement. A tax abatement would allow him to pay a reduced amount of property tax as the business gets up and running.

The property Our Father’s House is on, is currently tax exempt because it is a non profit. Cobb mentioned that even if he paid a reduced amount of property taxes in the first years of the business, it would still be more than what is being paid now.

Commission Dan Robinson indicated that other charities in the community would be able to pitch in and “Pick up the slack,” if Our Father’s House were to close.

Cobb mentioned that he also owns the Freedom Express gas station in Leesburg off of SR 15. He noted that the new store on Argonne will look similar to that one.

After the motion for the recommendation was passed, Mayor Joe Thallemer commented, “I want to publicly thank you for looking at Argonne Road…This is a great first step.”