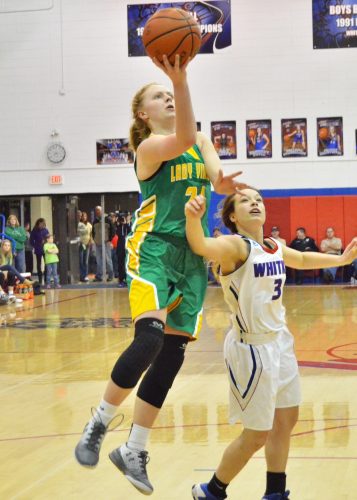 Sophie Bussard goes up for two for the Vikings during Thursday’s win over rival Whitko in a TRC clash. (Photos by Nick Goralczyk)

SOUTH WHITLEY — Just over a month ago rivals Tippecanoe Valley and Whitko were supposed to meet on the hardwood to settle annual bragging rights and shake up the standings in the Three Rivers Conference. Mother Nature interfered and the two basketball-crazed communities were forced to wait for this sizzler of matchup featuring two of the state’s most intriguing players. As painful as that wait was, the teams and their respective stars did not disappoint.

“It’s just Indiana basketball, this is what it’s all about,” said Valley’s Anne Secrest following her team’s 47-39 win over the Wildcats. “A packed gym, a great rivalry game, it’s just a lot of fun. I love the game so much. Being out there with my best friends, sharing the moment with them is what it’s all about. That’s what drives me every game.”

Secrest was certainly driven Thursday night. The senior rose to the occasion and helped the Vikings secure their 26th straight TRC win with an impressive stat line. Secrest led all scorers with 18 points and added nine rebounds and a stunning seven blocks.

Secrest and the Vikings were slow to start, as were the Wildcats. The game’s first field goal did not come until the 5:35 mark of the first quarter when Whitko’s star player, Aly Reiff, dropped in a basket for the home team. Whitko was up 4-0 before Hannah Dunn gave Valley its first points with 2:40 left in the first. Dunn’s bucket sparked a 10-0 run by Valley as Secrest and Sophie Bussard combined to score the next eight points. The Vikings led 10-6 going into the second.

Secrest’s 18 points were quiet as she never had more than two field goals in any given quarter. But her presence defensively was more than noticeable.

“She’s a big factor on the back end of our defense,” Valley head coach Chris Kindig said of Secrest. “She’s intimidating and all that. You can funnel people to her. She played really smart tonight and went straight up on her blocks. Just a fantastic game for her. That’s just Anne. She was ready to play tonight.

“I said before the game that maybe Anne and Aly would kind of cancel each other out and it would come down to other players. But, those two did a pretty good job of trying to settle it themselves.” 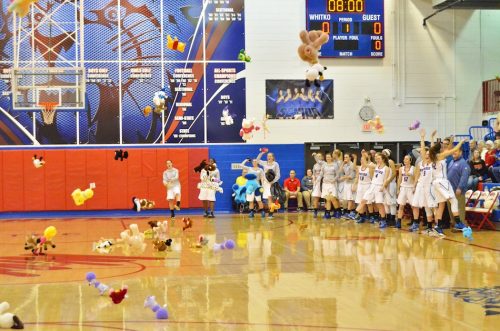 Whitko players toss stuffed animals onto to the floor prior to Thursday’s game as part of a fundraiser for Erin’s House in Fort Wayne.

The key matchup of the night was the one between Secrest and Reiff, of course. The two Indiana born and bred players will both be playing in Ohio next season, Secrest for Youngstown State, Reiff for Xavier, and both did their best to show why they will be missed in the Hoosier State. Reiff finished her night with 15 points but her best work was done on Secrest, and that information comes first hand.

“On and off the court, Aly is a great player and person,” Secrest said of her top competitor. “She’s going to the next level. It’s a great challenge, something I’ve looked forward to every year. Offensively, she made it tough. She played great defense. We just had to get other people involved and we did a great job of that. A lot of our other players stepped up to make key plays for us.”

Out of the locker room, Whitko was no longer getting pushed around. Brianna Cumberland scored the first five points of the half as the Wildcats used a 7-2 spurt over the first three minutes of the third. Cumberland had, arguably, her finest moment of the night as she blocked a shot and then went the length of the floor for two points. The effort brought Whitko within six, 31-25, but Valley refused to let it be a turning point.

The Vikings held their ground through the remainder of the third and into to the fourth, where Whitko cut the lead to 39-37. The efforts were simply too little, too late as the Wildcats settled for a seventh-straight loss to Valley.

Peterson added nine off the bench for Valley while Bussard and Meredith Brouyette each had six. Valley (17-4, 7-0), current;y ranked seventh in Class 3-A, plays at Southwood Saturday, Wawasee Tuesday and wraps up its season at home with Manchester next Thursday. With Whitko out of the way, the Vikings are in the driver’s seat for their third-straight TRC title. 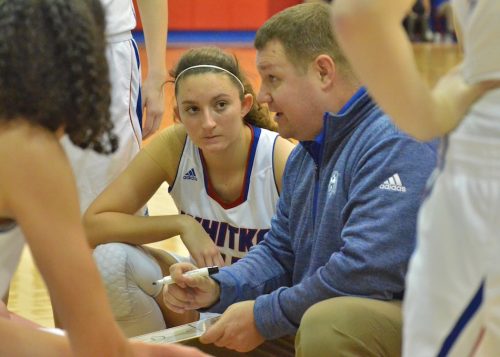 “If you go in an look at the board, I had the big ‘Es’ on there,” Kindig said. “Effort, enthusiasm, energy. I told them that those are the things that are going to win you this basketball game. We had to have more effort, more enthusiasm, more energy. That’s exactly what we did. This whole team has been looking forward to this game all year. But we still have some work to do. We still have two conference games to go. I would hate to come back Saturday and lay an egg after making some real progress tonight.”

Whitko (16-4, 5-1) finishes its season with three TRC games, traveling to Northfield Saturday, hosting Wabash next Friday and wrapping things up at Maconaquah next Saturday. The Wildcats are currently ranked first the Class 2-A polls, but have dropped games to Wawasee and Valley this week. It certainly seems like gut-check time for Whitko.

“That’s on them, ultimately,” Whitko head coach Brandon Bradley said when asked about the best way for his players to rebound from the loss moving forward.  “You’ve just got to do it. There’s not a miracle cure, no equation for it. You’ve just got to want to play this game. Show up tomorrow for practice and get better for Saturday.”

Sophie Bussard goes up for two for the Vikings during Thursday’s win over rival Whitko in a TRC clash. (Photos by Nick Goralczyk) 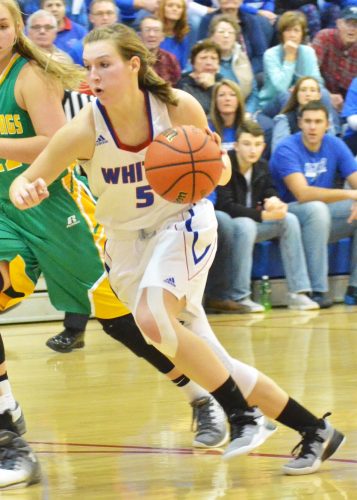 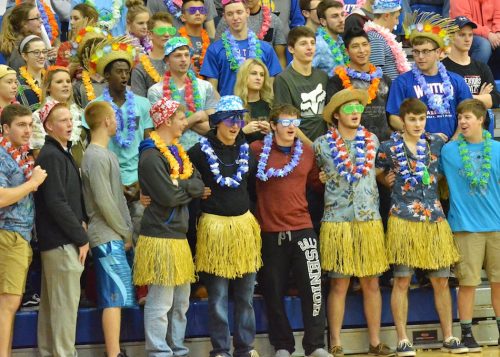 Whitko’s students were loud with sound and fashion Thursday night. 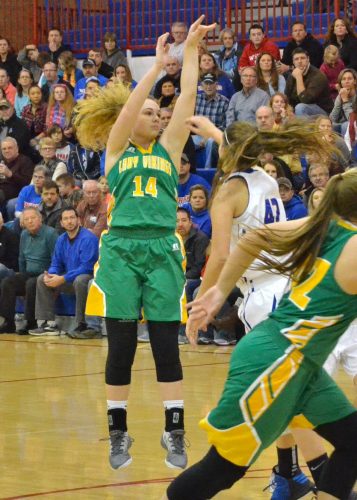 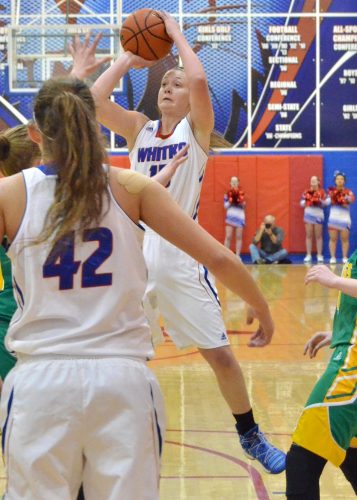 Aly Reiff was recognized as a McDonald’s All-American nominee prior to Thursday’s contest.