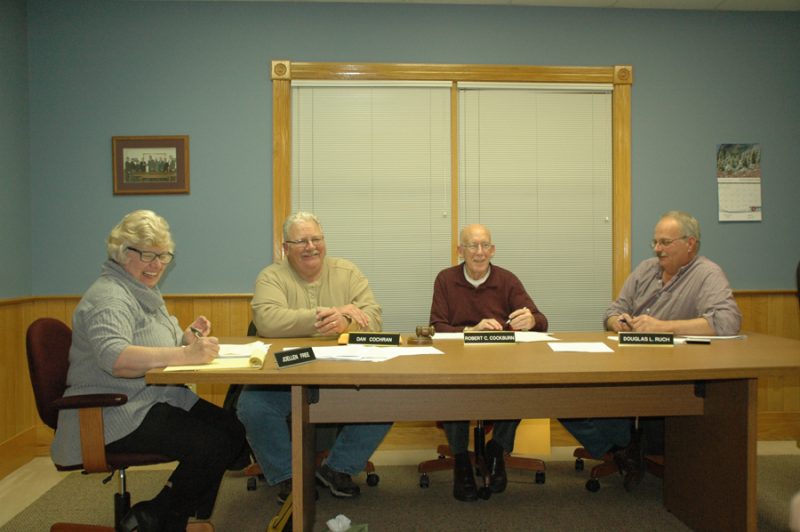 Following the vote, members discussed a number of topics, including news of Lutheran EMS’ recent deal with South Whitley, which did not require subsidy from the town, unlike other towns using the service. Council President Dan Cochran suggested meeting with representatives of Lutheran EMS along with the Van Buren Township Trustee to discuss the matter.

Treasurer Joellen Free reported the new playground equipment at Waubee Lake Park has been “installed and paid for.” Free received commendation from the council, and Cochran suggested Free’s name be included on a bronze plaque along with the donors. “You worked hard on that,” he exclaimed. The date for a dedication ceremony will be established at a future meeting.

The council also agreed to continue holding its regular public meetings at 7 p.m. the second Monday of every month, beginning Monday, Jan. 9.

Water Operator and Street Superintendant Steven Marquart, officially named to that post after a probationary period, suggested a future ordinance requiring all meters to be located in a pit or heated area. No action was taken.
Marquart also discussed the need to “make sure metered water lines stay warm.”

According to Marquart, Milford recently experienced a water main break on Catherine Street, quickly repaired by Beer and Slabaugh Inc.