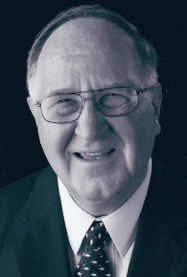 Before retiring in 2012, Norman had a 46 year long career in education. He had a passion for Christian education and began his career with schools in Illinois.  Later he started Community Christian School in Fort Dodge, Iowa and worked there for ten years until moving to Kosciusko County, Indiana in 1987. The last 25 years of his career were spent as the administrator at Warsaw Christian School.  He was a former member of the International Association of Christian Schools.

Norman was an active member of Community Grace Brethren Church of Warsaw and served as an Elder, Deacon, and Sunday School teacher.  He loved the Lord with all of his heart, soul and mind.  He enjoyed camping, gardening, feeding and watching birds, reading and studying his Bible.  He enjoyed spending time with his family, playing games, and attending his grandchildren’s sporting events.

Memorial donations in Norman’s name may be directed to Warsaw Christian School, 909 S. Buffalo Street, Warsaw, Indiana or to Community Christian School, 2406 9 1/2 Avenue South, Fort Dodge, Iowa  50501 and would be appreciated by the family.