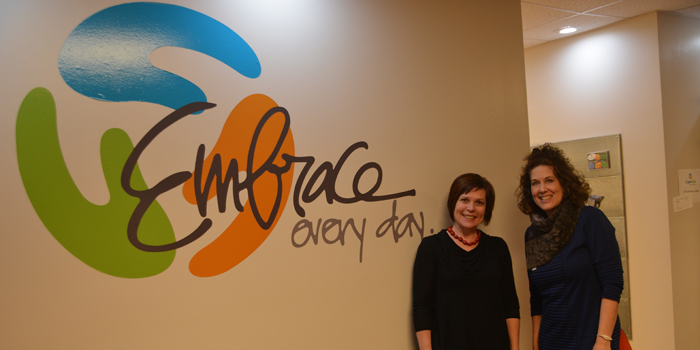 WINONA LAKE — A local woman’s new business has truly been of a labor of love.

The story of CapeAble began with a mom’s dream to give dignity and comfort to her daughter who suffers from complex developmental trauma disorder and severe post-traumatic stress disorder.

Marna Pacheco, who lives in Winona Lake, is the co-owner of the CapeAble Sensory Products in Fort Wayne. Pacheco adopted her daughter Millie from China. Pacheco explains while her husband, Dan, and she knew going into the adoption that Millie would have cleft lip palate and potentially some other issues. However, they did not know exactly how much this adoption would change their lives.

Since their adoption of Millie, Pacheco has been on a journey of learning how to care for and love a daughter who is non-verbal and autistic.

Weighted items are worn to help propel the neurotransmitters to release serotonin, dopamine and endorphins in the brain. Weighted clothing is used as a comforting mechanism.

As Pacheco looked for weighted items for Millie to wear, she was appalled with the choices.

Pacheco said the only wearable weighted item available was a blue vest that looked like a straight jacket.

Pacheco put her sewing experience to use and designed a “sweet pink cape.” The cape was made so that it was attractive and comfortable to wear.

Pacheco explained, “I have this adorable child … Her behaviors don’t look adorable.”

Pacheco said that before the cape, it would be almost impossible to take her daughter to the grocery store without a meltdown. After Millie began wearing the cape, her attention from individuals in stores changed from negative feedback to positive. The cape has helped calm Millie, which helps calm her behavior. Rather than her behavior being what dictated how people saw Millie, the cape helped them see a sweet girl rather than simply the bad behaviors.

Millie’s occupational therapist kept insisting that Pacheco needed to start a business selling weighted items. Nine years ago Pacheco met her business partner, Susan Hickok, who had adopted a child from the same orphanage where Pacheco adopted Millie. The two connected over their understanding of kids who suffered from abuse, neglect and trauma.

Together, they dived into a business venture with the mission of creating dignified items for individuals with all kinds of neurological issues.

Over the last several years, the two women have persevered through some opportunities that had fallen through, until they decided they would become the manufacturer and retail store of their business.

A few months ago, the CapeAble Manufacturing and Retail Center opened at 6411 Highview Drive, Fort Wayne. The women are fulfilling their vision to provide “Something dignified” for individuals with special needs to wear.

On Saturday, Dec. 3, CapeAble had its official grand opening and a customer appreciation day.

Pacheco states their products are, “Not a cure,” but rather, “A tool that comes up alongside your life.”

CapeAble offers products for individuals with sensory processing disorders, autism, dementia, Alzheimer’s disease, sleep issues as well as many other issues that individuals may face.

CapeAble is the only manufacture of weighted products. There are other smaller stores that offer similar products but no manufacturers.

Pacheco mentions the future mission of the business is to provide jobs for people of all abilities to work at CapeAble.

“Every human being deserves to feel capable,” said Pacheco.

Items can be purchased at the store or on their Facebook page. 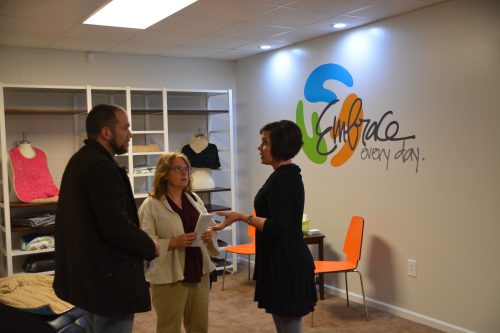 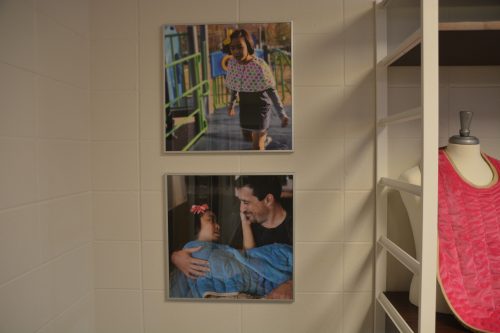 CapeAble is decorated with pictures of Millie, who has been the inspiration for the store. 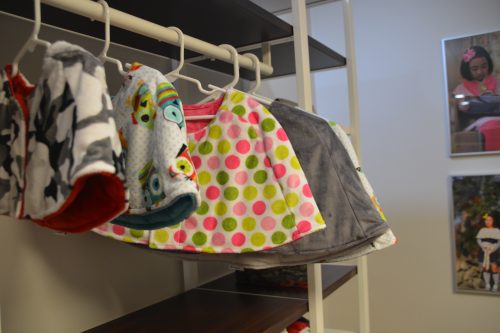 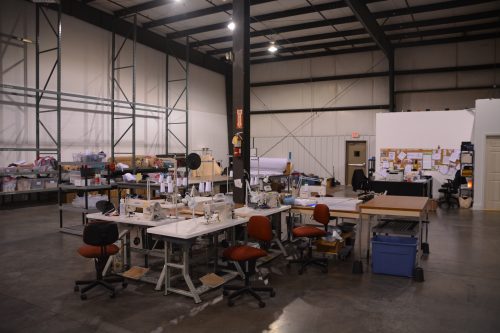 In addition to being a retail store, CapeAble also a manufactures their items.