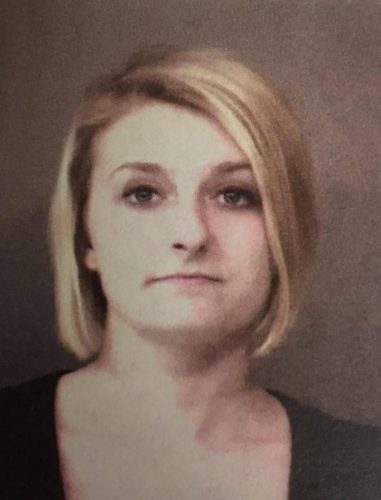 According to the affidavit of probable cause, the Warsaw officer checked several hotels in Kosciusko County. The officer was checking with hotel management at a Super 8 when he observed Prater and spoke with her. The officer noticed fresh syringe marks from injecting on her right arm. The officer told Prater of the Marshall County warrant and obtained consent to search her hotel room.

According to the affidavit of probable cause, Prater told the officer there were drugs and syringes in a bag under the chair cushion in her hotel room. The officer removed a purple zipper bag containing three syringes, several pieces of foil and plastic baggies with residue. One of the pieces of foil contained a brownish powdery substance that field tested positive for heroin.

While the officer dealt with Prater, she continually attempted to use her cell phone. When the officer asked for consent to search her cell phone, she refused, stating there was too much “incriminating stuff” on her phone. The officer took possession of the cell phone.