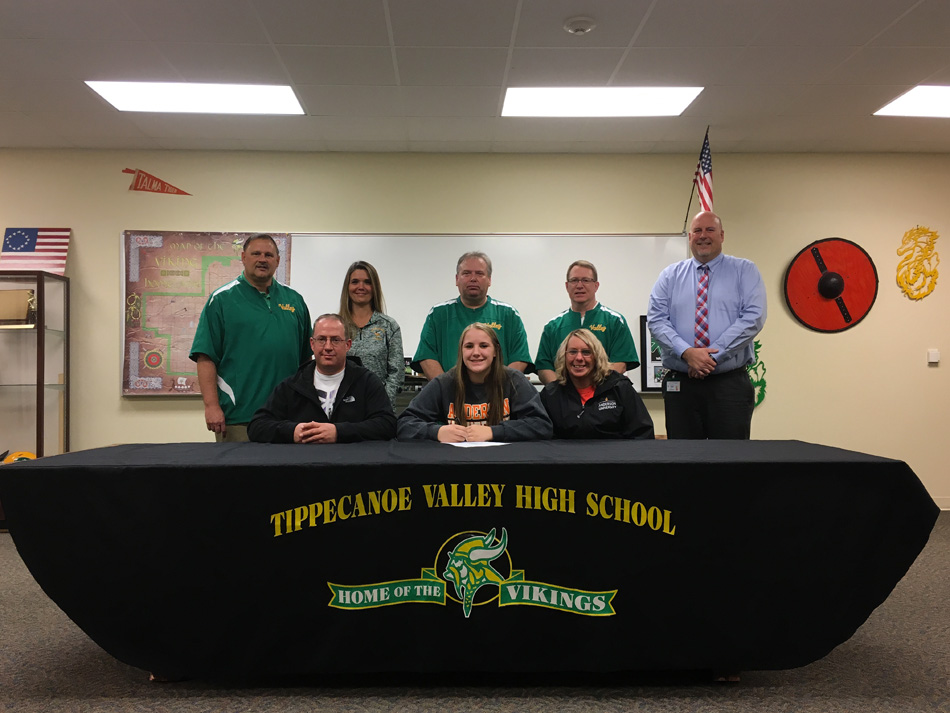 AKRON – Tippecanoe Valley’s girls basketball team has firmly set itself among the elite in Class 3-A after its rise the past two seasons. In the middle of that run has been two stalwarts in seniors Anne Secrest and Hannah Dunn, who both signed letters of intent Thursday morning to continue their basketball careers at the collegiate level.

In separate signings at Tippecanoe Valley High School, Secrest formalized what has been a two-year verbal commitment with Youngstown State University while Dunn signed on the dotted line to play at Anderson University.

The formula has been simple. Hard work and dedication equals results. Secrest has been the pillar for Valley in her now fourth season with the varsity. Secrest has averaged 17 points per game and over 10 boards per night in her career, but has been more than just a post presence. As a junior, she averaged near two assists, steals and blocks per night along with 16.7 points and 8.2 rebounds, forcing teams to have to account for her everywhere she goes.

Guiding Tippecanoe Valley to its only state title game as a sophomore and to a regional final as a junior, Secrest’s historical statue has long since been cemented. In the past three years, Secrest and Dunn have helped Valley to 63 varsity wins, including school-record 25-win seasons back-to-back the past two seasons. But there is still work to do this season before embarking on another journey in the Buckeye State.

“I just knew Youngstown was right for me from the start,” Secrest said Thursday morning at the signing in the Viking Room at Tippecanoe Valley High School. “When I went there, it felt right, it felt like home. It’s just somewhere I could really see myself being successful on and off the court. Just going there, and I went to a football game, and got to hang out with the girls and the coaches. It just felt like the right place to go.”

The One For Dunn

Often overshadowed by the attention Secrest draws both on and off the court, Dunn has been an integral part of Valley’s recent run. Her size at 5-10 is a tough matchup in the post, often drawing a team’s second defender. The complimentary role Dunn has given Valley allowed the forward to blossom.

As a junior, Dunn averaged per game totals of 6.7 points, 3.6 rebounds, 2.1 assists, 0.9 steals in playing all 27 of Valley’s games, second on the team in both rebounds and assists.

“The thing I really liked about Anderson was that I felt like I was supposed to be there,” Dunn stated Thursday morning. “I liked the atmosphere and the way they treated me was different than some of my other visits. I love the coach’s personality, she has a good sense of humor.

“I felt around my sophomore year that I could play basketball in college and worked at it. The seasons we had my sophomore and junior years only made that stronger. I feel like my game is best suited at Anderson.”

Proud Vikings head coach Chris Kindig noted of the two girls signaling the next chapter of their lives, “It says a lot that these girls are here today signing to play in college. Obviously, they are great players, but they are even better people, if that’s possible. I never have to worry about them. And they get the job done in the classroom. That’s just as important. If we have youth camps, they are always there leading. There’s still a lot of work to do this year, but they are set up nicely for their next steps in life.” 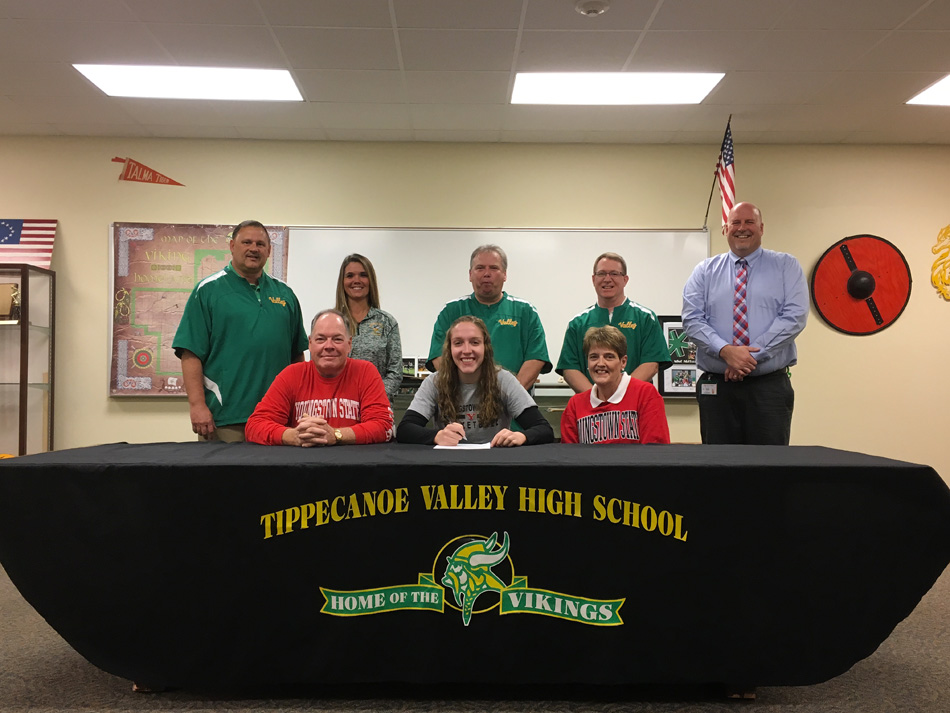