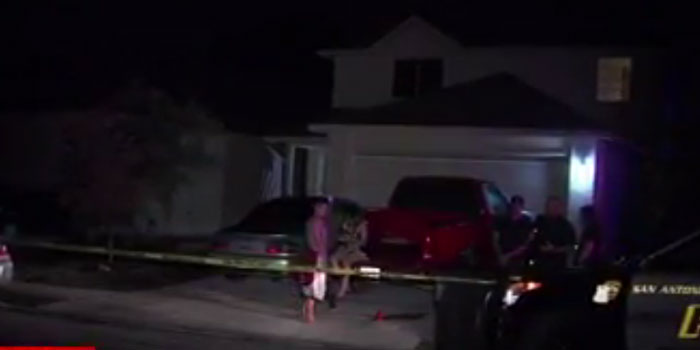 SAN ANTONIO — A Halloween party turned violent overnight with shots fired and five people injured and sent to the hospital.

According to police, around 5 a.m. early Sunday morning at a house on the 2900 block of Aspen Meadow, several males showed up to a Halloween party and started causing trouble.

Police say that one of the males, dressed as Freddy Krueger, pulled a gun from his costume and opened fire on the crowd.

Officials said that three of the victims were taken to University Hospital.

Police noted that one of the injured women tried to drive to the hospital but wrecked her car along the way.

Police are still searching for the suspect.