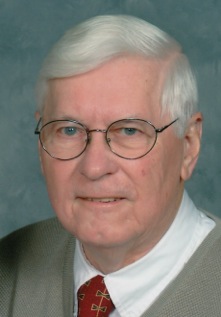 He was lifetime resident of Kosciusko County where he was a longtime member of Pleasant Grove United Methodist Church of Warsaw. Max was a 1943 graduate of Leesburg High School and then proudly served in the U.S. Navy during WWII. He was honorably discharged in 1946. Max worked as the network general manager for United Telephone Company and retired after 40 years of service. After retirement he worked for A.U.L. Insurance Company for 20 years. He was also a member of Warsaw Kiwanis Club, Masonic Lodge, Scottish Rite, and Mizpah Shrine.

He was preceded in death by his parents, wife, brother, William “Bill” Gross, sister, Neva Gross, and his grandson, John Foresman.

His funeral service will be conducted at noon Friday, Oct. 21 at Redpath-Fruth Funeral Home, 225 Argonne Road, Warsaw, officiated by Pastor Jeff Pfeifer. Burial will follow at South Whitley Cemetery with military rites conducted by active members of the U.S. Navy Honor Guard, American Legion Post #49, and V.F.W. #1126 both of Warsaw.

There will be time for visitation two hours prior to the service from 10 a.m.-noon Friday, Oct. 21 at the funeral home.