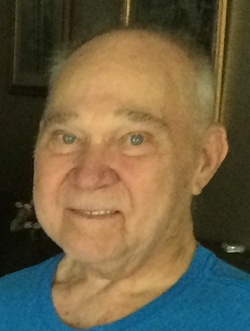 He was born April 5, 1936 in Bicknell to Ray and Josephine (DeLong) Harrington; and was raised by his father and step mother, Evelyn Harrington.

Larry was a US Marine Corp veteran. He married Linda Kirk in Vincennes June 21, 1958. He was a baker at Tom’s Donuts in North Manchester from 1986-1998, and owned Larry’s Pastry in Wabash 11 years. He lived in Urbana for 46 years before moving to Wabash. He was a member of the New Connections Church in Wabash. He also belonged to the Gideons International serving as chaplain several years, and also was involved in the jail ministry. Larry enjoyed writing poetry, going to rummage sales, being with people, and spending time with his family.

He was preceded in death by his parents, step-mother, brother Ralph Harrington, and step-brother Robert Frazier.

Funeral services will be 11 a.m. Friday, Oct. 21 at New Connections Church, 619 N. St. Rd. 13, Wabash with Pastors Tristan Heyde and Steve Eckart officiating. Burial will be in Falls Cemetery, Wabash. Friends may call 4-8 p.m. Thursday, at Grandstaff-Hentgen Funeral Service, 1241 Manchester Ave. Wabash, and one hour prior to the service Friday at the church.