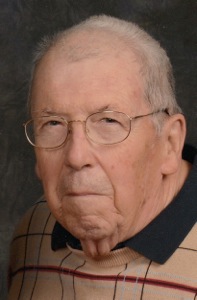 He was a resident of Kosciusko County since 1965 where he was a member of New Hope Free Will Baptist Church of Warsaw.

John was a 1959 graduate of Conner Prairie High School in Hadley, Penn. He was inducted Aug. 8, 1963 and served in the U.S. Army in Korea. He was honorably discharged on Aug. 6, 1965. John had worked for Zimmer Inc. for 29 years as an inspector, retiring in 1995. He was a loving husband, father and grandfather and will be dearly missed.

He was preceded in death by his parents, one brother and one sister.

His funeral service will be conducted at 11 a.m. Wednesday, Sept. 28, at Redpath-Fruth Funeral Home and officiated by Pastor Dave Cripe.  Burial will follow with a graveside service at Oakwood Cemetery of Warsaw with Military Rites conducted by the American Legion Post 49 and V.F.W. #1126 both of Warsaw and the Indiana ARNG Honor Guard.

Memorial donations may be directed to the Indiana Parkinson Foundation, 9669 East 146th Street, Suite 180, Noblesville, IN 46060 and would be appreciated by the family