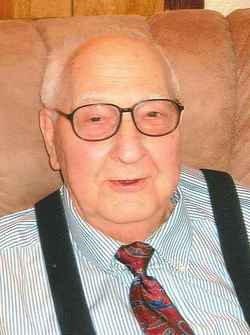 He was a member of the Northwood Chapel. He was one of the first charismatic leaders in this area. Rev. Charles was a Minister and farmer. He was the founder of Northwood Chapel, where he was a minister for many years, and was affiliated with Gospel Crusade in Bradenton, Fla.

Family and friends may call from 4-8 p.m., Friday, Aug. 26, at Thompson-Lengacher and Yoder Funeral Home, Nappanee, and one hour prior to the funeral services at 10 a.m. Saturday, Aug. 27, at Northwood Chapel.  Rev.  Joseph Chadburn will officiate and burial will be in South Union Cemetery.

Memorial contributions may be given to World Missionary Press or Gideon’s.