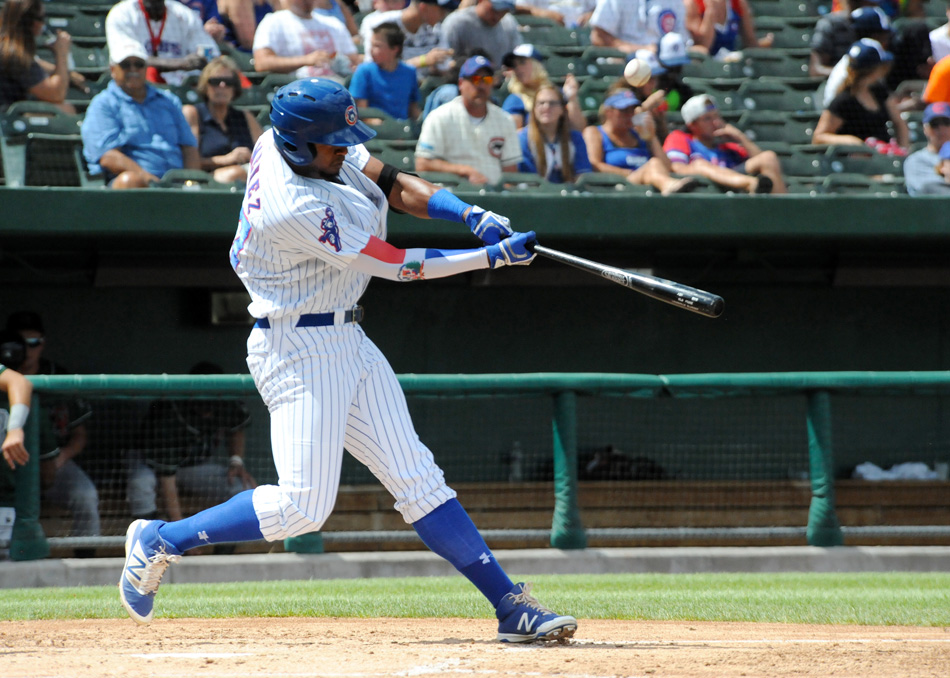 The 19-year old outfielder is currently hitting  .337 through 106 games with 12 home runs and 77 runs batted in. In addition to the post-season awards, earlier this year, Jimenez was the Midwest League All-Star MVP after hitting a three-run homer to tie the game for the Eastern Division team in the top of the ninth inning.

“Oh man, I feel excited and happy,” said Eloy Jimenez. “It’s tough to explain right now. I feel so happy to win this award for my team.”

“I think it’s an honor for South Bend to win the Prospect of the Year award two years in a row as a Cubs affiliate. But to win both awards is a tremendous honor for Eloy. That’s not an easy thing to do,” said Manager Jimmy Gonzalez.

The Chicago Cubs signed the number one international prospect in August of 2013.

For Gonzalez, this is his first managerial award in just his third season as a manager.

“It’s a great honor and humbling to be named Manager of the Year,” said Gonzalez. “This team, these players and coaches gave me this award. I’m not doing this alone. If I didn’t have that collective, I would not have received this award.”

Former South Bend right-handed pitcher Preston Morrison went 9-4 with a 2.24 ERA and struck out 85 batters in his 17 appearances with the Cubs. Currently, the Waxhaw, North Carolina native is 3-0 with a 2.19 ERA with the Pelicans.

“It’s awesome to hear that. Just thank you to all the managers for the votes,” Allen said. “I’ve had a fun first full season. We have two weeks left, ready to get some wins and push for playoffs. I’m blessed and humbled by receiving this.”

“This is an award that Austin earned back during the offseason,” TinCaps manager Anthony Contreras said. “He worked exceptionally hard to put himself in better physical shape, and his work ethic has been consistent throughout this season. The results speak for themselves.”

The backstop from Florida Tech surged out of the gates in his first full professional season and hit .460 with seven extra-base hits and 14 RBIs in April. Allen led all of the minor leagues in batting average through May 8, was tabbed as the Midwest League Player of the Month for April and was recognized as the league’s first Player of the Week (April 7-17).

A Midwest League All-Star for his performance in the first half of the season, Allen has continued to hit near .300 in the second half, with 26 RBIs in 46 second-half games.

The Midwest League Post-Season Awards were voted on by the League’s sixteen field managers.