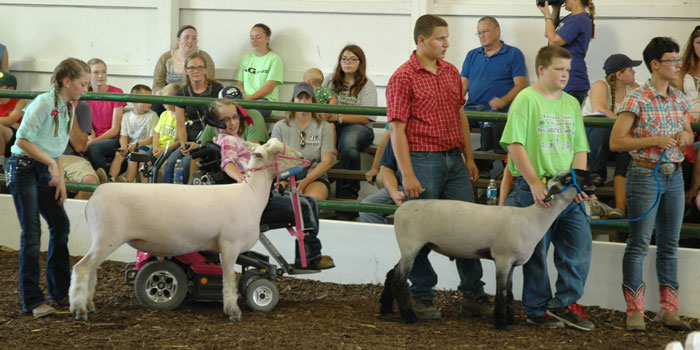 The showcase is an opportunity for kids with special needs to learn about livestock with the 4-H program. Each of the children were paired with a mentor family to teach and guide them through the showmanship process.

The mentor families, Leiningers with Payton and Zorns with Miller, are 4-H members and livestock animal owners.

Before the showcase, Payton and Miller met with their mentor families at least three times to become familiar with the animals and to learn about the process of showing sheep to the judges. The children were also paired with a specific sheep during the meetings.

Working with 4-H members and livestock animal owners allows children to become familiar with raising and grooming animals. It also prepares them for participation in regular 4-H showcases in the future.

At the Poss-ABILIITES showcase, Payton showed Percy. Percy had a headrest that held its head upright while it walked along Payton. Jordyn Leininger accompanied Payton during the showing.

Railly Miller walked with the sheep, Herobrine. He was accompanied by his mentors, Elizabeth and Ryan Zorn.

Joe Thallemar, Mayor of the City of Warsaw, was the guest judge of the showcase. He complimented both of the participants on their “marvelous” work with the animals.

Mayor Thallemar first asked Miller about the work he has done. Miller replied that he did some sheering.

Mayor Thallemar then asked Payton about her favorite part of experience. Payton commented that she enjoyed working with Percy.

There were no losers in this showcase. Both participants put a lot of effort into their preparation for the showcase. Mayor Thallemar congratulated both participants and handed their awards, a champion banner and a picture plaque.

The mayor then closed the showcase by saying “I hope you come back next year. Railly, Skylar, you did a great job!” 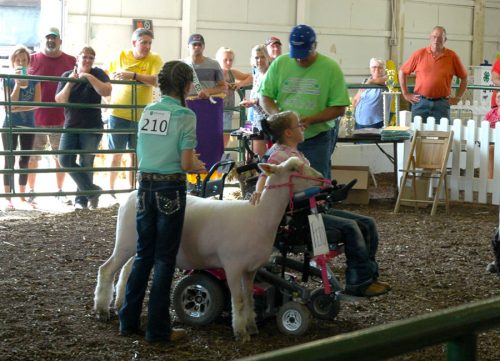 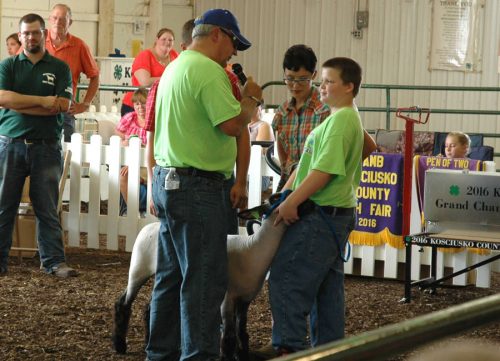 Mayor Thallemar asking Railly Miller about his work with the sheep. 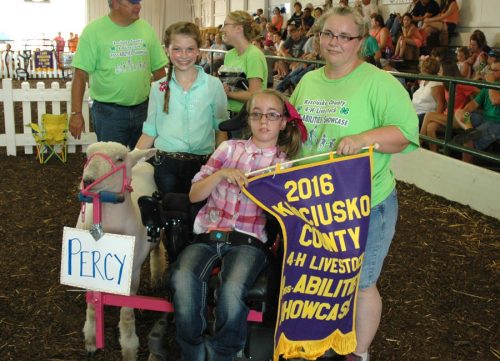 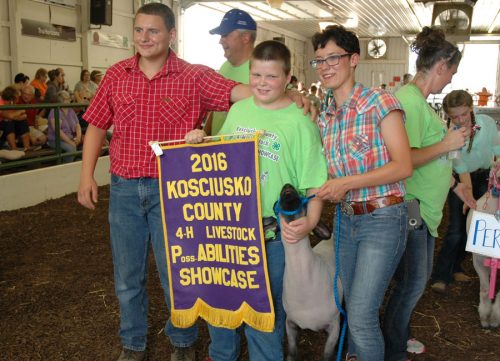