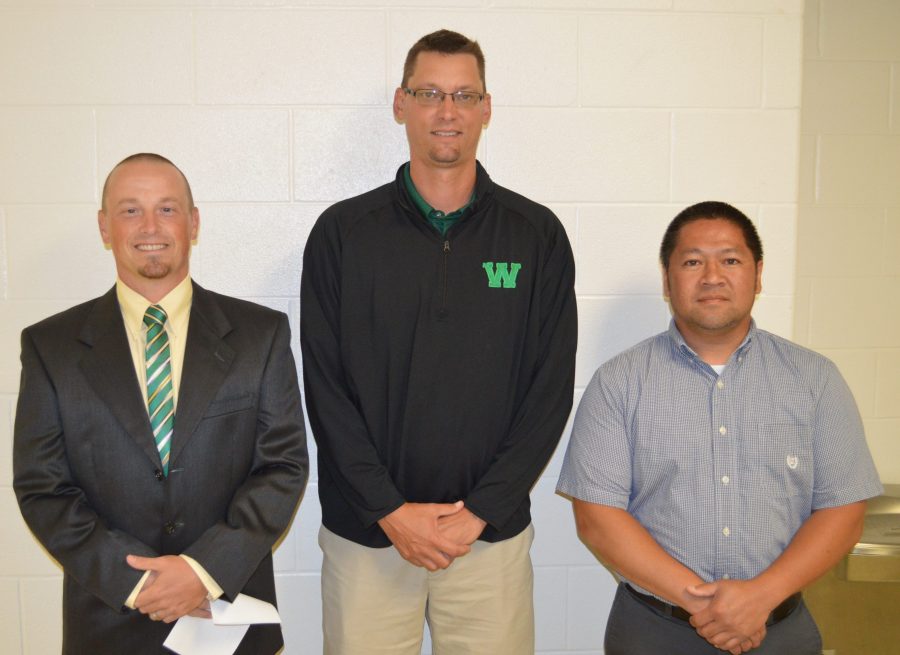 SYRACUSE — Though he made a significant career decision, Kim Nguyen’s office will only change from the south side of Wawasee High School to the main office in the same building. During a special Wawasee school board meeting Tuesday, June 28, in Syracuse the board approved Nguyen to become the new principal of WHS effective with the 2016-17 school year.

For the last four years, Nguyen had been the director of the Wawasee Area Career and Technical Cooperative. Prior to that, he was the assistant principal at Milford School for one year and taught chemistry at the high school for 10 years. He is a WHS graduate.

Nguyen said for a while he had aspirations to become a principal, but wasn’t expecting it to happen so soon. When former WHS Principal Mike Schmidt resigned in May, though, an opportunity presented itself.

Replacing Nguyen as WACTC director will be Jon Everingham, who was hired earlier this year to be the new varsity boys basketball head coach for WHS.

Vince Beasley and Steve Perek will remain as assistant principals at WHS.

In other business, Brent Berkeypile is the new assistant principal at Wawasee Middle School effective with the 2016-17 school year. He replaces Shawn Johnson, who is now working with school corporation data reports and testing results.

Berkeypile taught physical education at Milford School for eight years and also coached football at the high school during those eight years. It is his first administrative position.

He noted he had been looking for an administrative position for a few years, but wanted to stay either in the school district or the local area. “Wawasee is my home,” he said. “I went to school here.” He is also a WHS graduate and later earned degrees from Ball State University and IPFW.