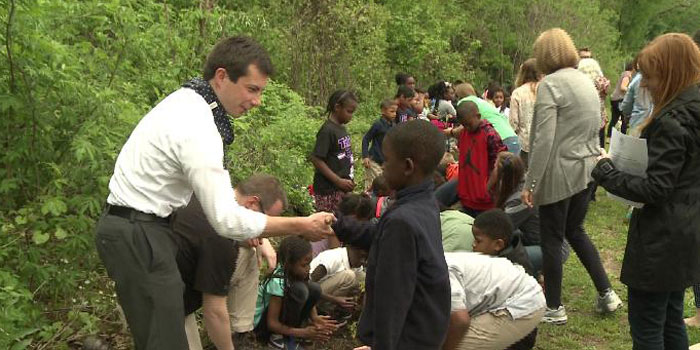 SOUTH BEND — The goal of a new South Bend city park project is to make South Bend a more inviting place for monarch butterflies to live.

On Wednesday, May 11, the job was done by Madison School second graders and South Bend Mayor Pete Buttigieg.

Mayor Pete Buttigieg said, “We’re committing that our cities are going to take some steps in order to help reverse the decline of the monarch butterfly.”

“For us, it means making sure that we’re planting milkweed, which is what these butterflies rely on,” the mayor continued, “We’re also going to use some of those vacant and abandoned lots that we have. Now that the houses have been cleared, we’ve got this free land to be used.”

South Bend’s mayor is one of a hundred or so across the nation to accept what’s called the Mayor’s Monarch Pledge.

The mayor is encouraging homeowners to join in and plant some milkweed of their own.