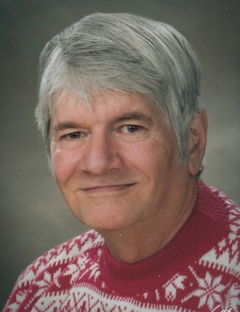 David Mitterling, Warsaw, passed away at 9:50 p.m. Wednesday, May 11, 2016, at Englewood Health and Rehabilitation Center of Fort Wayne, at the age of 69.

He had been a lifetime resident of Kosciusko County, and graduated from Warsaw High School in 1964. David served as a store keeper on the USS Litchfield County during the Vietnam Conflict. He had worked for 41 years at R.R. Donnelley and Sons of Warsaw until he retired in 2005.

He will be lovingly remembered by his daughter: Beth Mitterling, Warsaw; mother-in-law: Betty Roseanna McClements, Winona Lake; two nieces; six great-nieces and nephews; two stepsisters; and his sister-in-law: Joy (Dave) Dilling, Warsaw. He was preceded in death by his wife.

Visitation will be held from 11 a.m. to 1 p.m. Saturday, May 14, at Winona Lake Free Methodist Church, Winona Lake. His funeral service will follow at 1 p.m. and officiated by Pastor Paul Parker.

Burial will be at Oakwood Cemetery of Warsaw with full military rites conducted by the American Legion Post #49, V.F.W. #1126 both of Warsaw and active members of the Navy Funeral Honor Guard. Arrangements were entrusted to Redpath-Fruth Funeral Home, 225 Argonne Road, Warsaw.

Memorial donations in David’s memory may be directed to the Winona Lake Free Methodist Church, Winona Lake, and would be appreciated by the family.