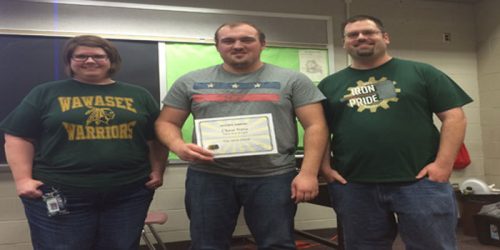 SYRACUSE — The Wawasee High School Iron Pride Robotics Club held its first annual end of year awards banquet Friday, April 22.  The awards were voted on by the members of the club.

The Inspire Award is given to a team that team that demonstrates outstanding leadership through actions with other teams as a leader in innovative and creative design and inspiring others through cooperative learning. Team Iron Knight, represented by Chase Nave and Sidney Smith, received this award.

The Energy award is given to a team that displays a high level of enthusiasm and passion throughout the season.

The Sportsmanship award is given to a team that has earned the respect and admiration of club members by being courteous, helpful and respectful, and by demonstrating the spirit of friendly competition throughout the season. 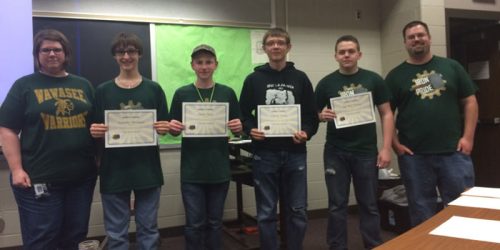 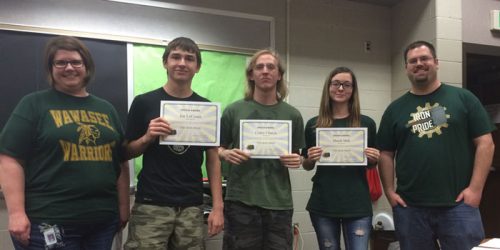