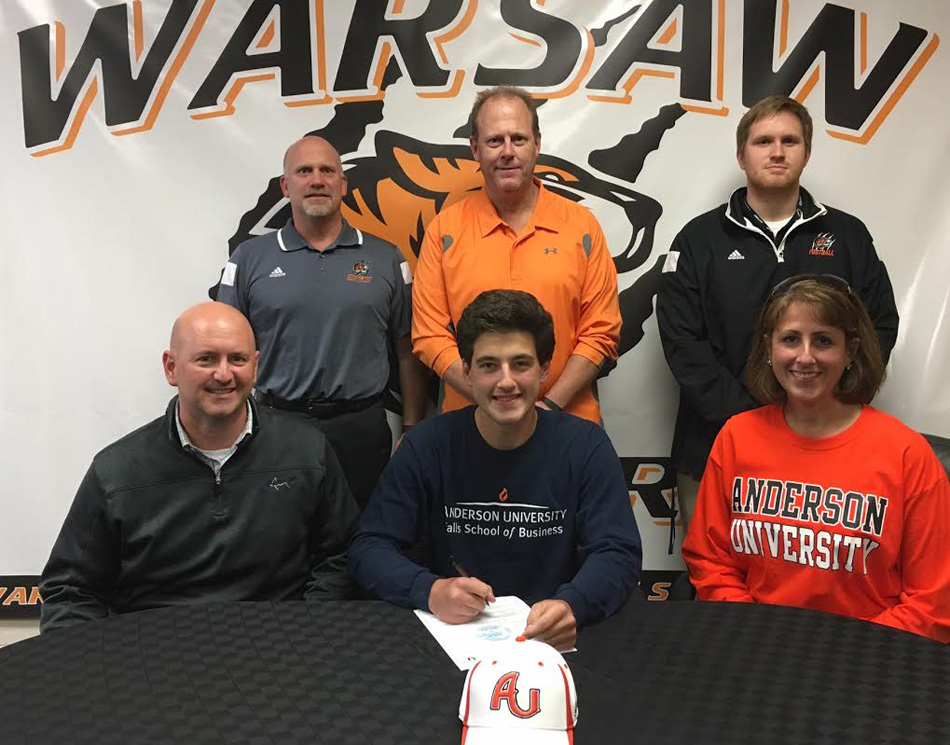 WARSAW – His name was never booming over the loudspeaker at the Tiger Athletic Complex on Friday night’s, but Warsaw’s fast-paced offense these past two football seasons began every play in the hands of Joe Jackson.

A two-year starter at center for coach Phil Jensen’s Tigers, Jackson announced this week his commitment to Anderson University, where he will study Business Marketing and play football for the Ravens.

Jackson, who was exceptionally consistent with his snaps with a quarterback under center as well as in a shotgun, was a quick learner to the new spread system the Tigers implemented the past two seasons. Jackson also performed long-snapping duties with both the punt team, field goal, and extra points. With tremendous discipline at the line and the ability to quickly adjust to the no-huddle approach, the Tigers were in good hands with Jackson over the ball.

A two-sport athlete who is also a thrower for Tiger track and field, Jackson has been a central figure in the success of Tiger athletics in its efforts and the individual teams’ efforts to serve the community. Jackson worked with numerous programs enriching the lives of others, including Feed My Starving Children, The Blitz, Riley’s Children Hospital, the Baker Youth Club, Tiger Youth Flag Football, and he also served as a church youth group leader.

With a full schedule of activities throughout the year, Jackson has performed well in the classroom, earning a scholar athlete distinction.

At Anderson, Jackson will play for the Ravens and coach John Sala.