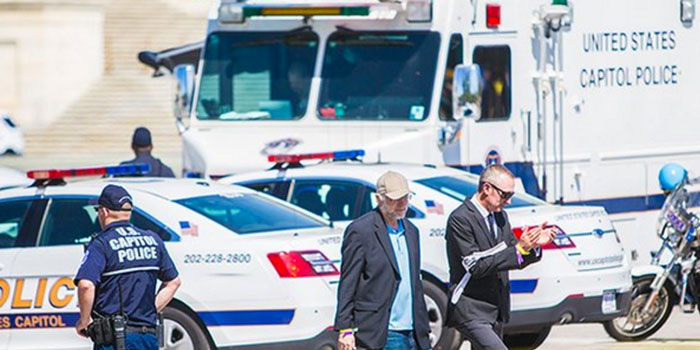 WASHINGTON D.C. — The co-founders of Ben & Jerry’s ice cream were arrested at the U.S. Capitol on Monday, April 18.

Ben Cohen and Jerry Greenfield were among approximately 300 people arrested as part of the “Democracy Awakening” protests that converged on the nation’s capital this weekend.
“Democracy Awakening,” which is closely aligned with the “Democracy Spring” protests earlier this month, mobilized protesters April 16-18 to “protect voting rights, get big money out of politics and demand a fair hearing and an up or down vote on President Obama’s Supreme Court nominee,” its website said.
They are protesting for action on climate change, racial justice, workers’ rights and fair pay, safe food and water, health care, peace, immigration reform and improvements in education, according to the website. They believe that voters aren’t included in the political process and that Congress has failed to act.
Neither “Democracy Spring” nor “Democracy Awakening” is affiliated with a particular party or candidate.
A statement from the U.S. Capitol Police said the protestors were arrested for unlawful demonstration activities. They were processed on the scene and released, the statement said.
CNN has reached out to Ben & Jerry’s for comment, but it has been tweeting photos about the arrest and created a page that explains its side why the co-founders were arrested.
Source: CNN