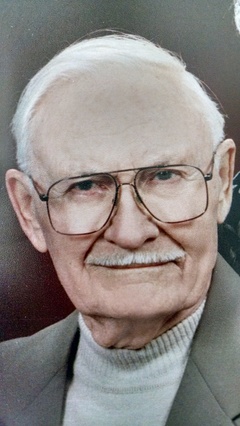 Jack was a resident of Kosciusko County, since 1944 where he was a carpenter and owner of Endicott Construction. “Live in a house that Jack built!” He continued his life’s work until his 90’s. He served in the United States Navy during World War II with the 58th Construction Battalion attached to the 4th Marines. He was honorably discharged in 1946 with the rank of Carpenter’s Mate Second Class.

Jack was active his entire 99 years of life. He was a member of Winona Lake Free Methodist Church, the Lions Club, and was even a volunteer fireman in Winona Lake. He was a member of Gideon’s International and during a mission trip he helped to construct a radio station in Haiti. He loved to hunt, bowl, enjoyed archery…but most of all he enjoyed his family.

His memorial service will be conducted at 11:00 a.m. Friday, April 8, 2016, at Winona Lake Free Methodist Church Winona Lake and officiated by Pastor Paul Parker and Pastor Steven Smith. Military rites will be conducted by active members of the U.S. Navy, American Legion Post #49 and V.F.W. #1126 both of Warsaw.

Memorial donations may be directed to Kosciusko Home Care and Hospice, Warsaw, and would be appreciated by the family.