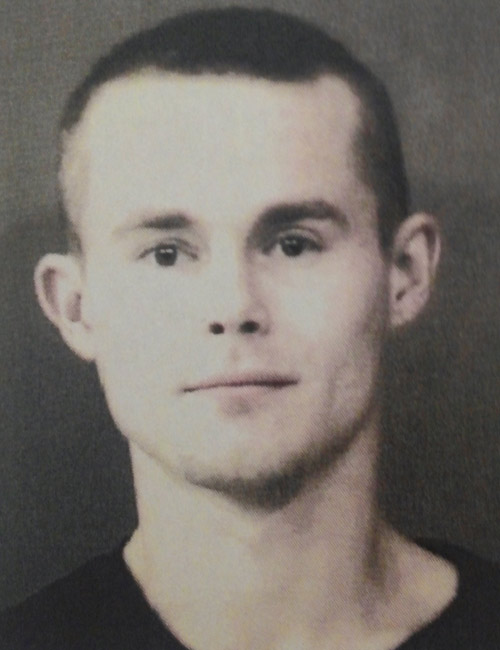 WARSAW — Donald Ralph Barton, 27, 3819 W CR 200N, Warsaw, has been arrested on charges of battery, causing serious bodily injury, a level 5 felony and battery, a class A misdemeanor and one count of disorderly conduct, a class B misdemeanor. He was arrested Friday evening and booked in the Kosciusko County Jail.

According to the affidavit of probable cause at 2:30 a.m. Sunday, Feb. 14, Warsaw Police Officers Jason Dobbins, Corporal Phillip Reed and Brandon Zartman responded to a fight at Time-Out Inn, Warsaw. When officers arrived they found Craig Hurley, bleeding from the mouth. He was initially taken to Kosciusko Community Hospital.

Police spoke to the bouncer, who had blood coming from his nose, who stated Donald R. Barton Sr., was bothering a female customer and he requested Barton Sr., to leave. It was at that time Barton II struck the bouncer with a closed fist. Barton II was escorted to the parking lot, where the bouncer fell to the ground and was kicked and kneed in the face by a female.

This incident was verified by a bartender.

Through the investigation it was learned that Hurley was struck by an individual later identified as Jason Stromatt, at which time he placed Stromatt in a headlock. During this time Barton II struck Hurley repeatedly in the face before another individual pulled him off. As a result his lower jaw was broken and he was transferred to Lutheran Hospital, Fort Wayne for surgery.

Police spoke to another bartender and several witnesses whose stories matched those of Hurley. One witness told police there was a table getting rowdy and the bouncer told one of the individuals to leave at which time Stromatt tore his shirt off and took an aggressive stance. They also stated Stromatt struck Hurley with a closed fist in the face. One witness stated he grabbed Stromatt  to tell him to calm down.