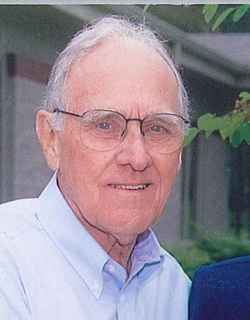 Mr. Graybill was a 1940 graduate of Morrisons Cove High School, Martinsburg. He was a World War II veteran having served in the Coast Guard from January 1943 until February 1946.

He was formerly employed as a supervisor at Sylvania Electronics in Altoona, Pa., until his retirement in 1978 following 28 years of service. He then worked an additional 10 years for the Pennsylvania Department of Education.

Glen was an active, lifelong member of the Martinsburg Mennonite Church where he served in many capacities. He and Jill volunteered for two years as hosts for the Mennonite International Guest House in Washington, DC. Glen’s civic activities included two terms on the Spring Cove School Board, including one year as board president. He served as board president of The Village at Morrisons Cove Retirement Community and on the board for Morrisons Cove Memorial Park.

Since moving to Nappanee, in 2007 to be closer to his children, Glen was devoted to the care of his wife, Jill. He also enjoyed spending time with his family and his friends at Heritage House.

Friends will be received at the Martinsburg Mennonite Church from 6-8 p.m. Friday, March 4, and one hour prior to the service from 10-11 a.m. on Saturday, March 5. The funeral service, officiated by Pastor Joseph H. Furry, will follow at 11 a.m. Interment will be at the Fairview Cemetery in Martinsburg.

The family suggests memorial contributions be given to Martinsburg Mennonite Church, 300 East Spring Street, Martinsburg, Pa, 16662. The family would also like to express their sincere appreciation for the care given to Glen by the staff at Heritage House in Nappanee, Hubbard Hill Retirement Community in Elkhart, The Center for Hospice Care, and Senior 1 Care.