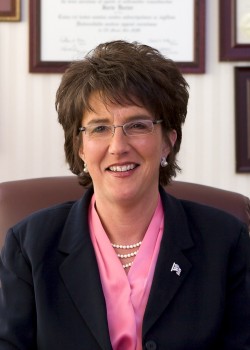 The United States faces the “most diverse array of challenges and threats” in almost 50 years. Those were the words that James Clapper, the President’s director of National Intelligence, used at a recent Congressional hearing to describe the world we live in today. As Congress heads into another budget season, we need to ensure that our military has what it needs to keep us safe.

These challenges and threats are evident all over the globe. In the Middle East, the Islamic State in Iraq and Syria has proven itself to be far more capable than the “JV team” President Obama called them just two short years ago. They now control large swaths of land and have triggered a massive humanitarian and refugee crises. We must also not forget that ISIS’s reach stretches beyond the Middle East, as the horrible terror attacks in San Bernardino and Paris showed us.

Iran’s influence in the Middle East is also set to rise as it received billions of dollars in sanctions relief. Their conduct since Obama announced the nuclear deal has not instilled much confidence, from launching a ballistic missile to firing rockets across the bow of U.S. Navy ships.

A declining economy has not stopped Russia from being more aggressive on the world stage. Russia has stolen land from Ukraine and bombed its way to a seat at the table in the discussion of the turmoil in Syria. Additionally, it has been conducting an intimidation campaign in Europe and former Soviet states through military drills and propaganda. Numerous top military officials, including Secretary of Defense Ashton Carter, have called Russia our top threat.

Finally, China has been more assertive, literally building islands in the sea and putting air strips on them. We also recently learned that they have deployed surface-to-air missiles on one of the islands. China also continues to challenge the U.S. and others in cyberspace, gaining access to sensitive data on millions of Americans through hacks of US government and private company computer systems.

While many dangers exist, the good news is our military is the best, most powerful fighting force in the world. As a member of the House Armed Services Committee, I am committed to ensuring it stays that way, and Indiana remains a key component of our national defense.

Hoosiers contribute to our national security in many ways. Thousands serve in our military and National Guard and Indiana is home to numerous bases, including Grissom Air Reserve Base in my district, the 122nd Fighter Wing in Fort Wayne, and the Naval Surface Warfare Center Crane in southern Indiana, one of the largest naval installations in the world.

The defense industry also contributes over $2 billion to the Indiana economy, creating thousands of jobs. Companies like AM General, whose Mishawaka facility produces Humvee vehicles, help keep our service members safe overseas and is integral not only to our local economy, but also to our nation. Honeywell is another great example of a South Bend company that employs Hoosiers making wheels and brakes used in military aircraft. Thanks to companies like these and their hardworking employees, we keep our military poised to confront threats in a real and substantial way.

American leadership in an uncertain world starts with a strong national defense. While it is tough to predict exactly how the budget negotiations will unfold, I am committed to ensuring that Congress does its job and spends taxpayer money wisely on the technology and equipment that our military needs to confront these challenges.