SYRACUSE — Indiana State Police Clandestine Lab Team is at 304 W. High St., Syracuse, where a meth lab is being dismantled. The home is at the corner of Mill and High streets.

According to the Kosciusko County property search, the home is owned by Jason W. Meade.

Hoover and Meade were arrested on preliminary charges of maintaining a common nuisance. Both are being held on $5,000 surety and $250 cash bonds

Yeazel has initially been charged with manufacturing meth. His bond is set at $10,000 surety and $250 cash.

Turkey Creek Fire Territory was called to the scene at approximately 5:30 a.m. today, Tuesday, Feb. 16, to stand by while lab team members deactivated the active lab and ingredients.

According to information at the scene the investigation is a cooperative effort between the Indiana State Police, Syracuse Police and Warsaw Police Department. 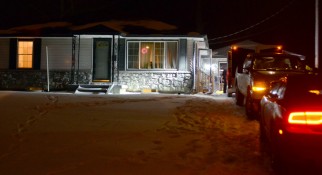 A meth lab was found at this residence at 304 W. High St., Syracuse, early this morning. 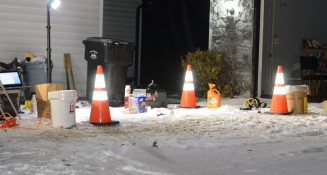