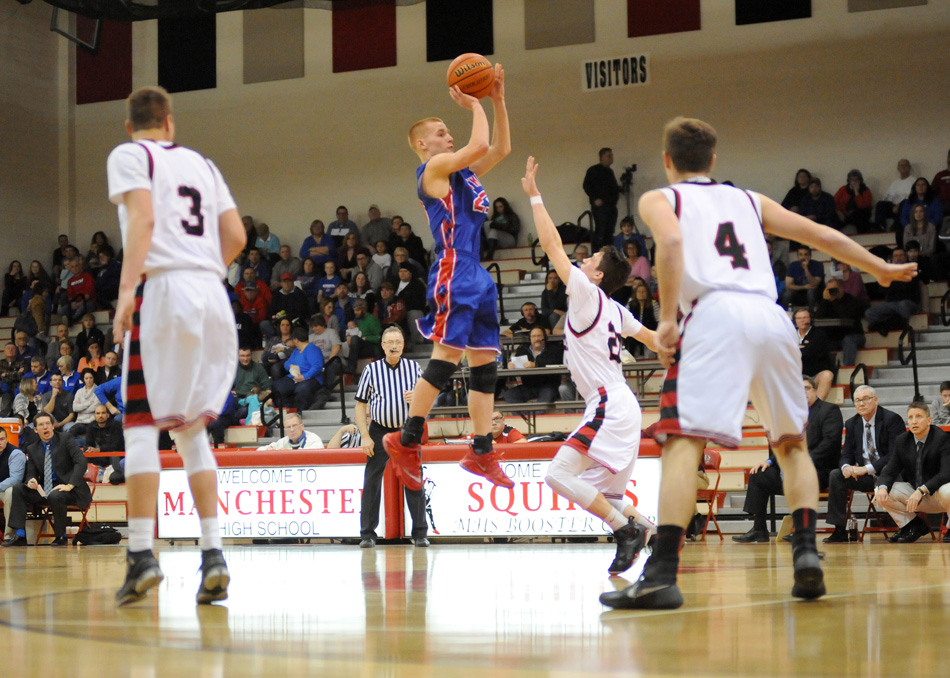 Whitko’s Nate Walpole rose up for 35 points against Manchester in a 69-62 win Saturday night. (Photos by Mike Deak)

Trailing by seven points in the fourth quarter to a Manchester team that was primed to pounce, the Wildcats made a spirited and bold statement in rallying to defeat the Squires, 69-62, in Three Rivers Conference boys hoops. 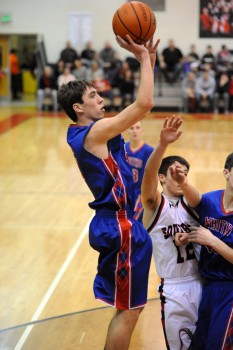 Nate Walpole was right in the middle of the rally, putting the team on his shoulders in the fourth quarter. Walpole scored eight points in succession, taking Whitko from seven down to just one shy at 56-55. After Chase Fierstos hit one of two free throws, River West stepped up for Whitko and drilled a three, giving the Wildcats the lead at 58-57.

Walpole found himself at the free throw line moments later, taking five free throws by himself after he was fouled on a three-point try that was followed by a technical foul on Braydon Sewell for dissent. Walpole would hit three of the charity tosses, and eventually continued on for 16 points in the quarter and 35 in the game.

Walpole looked like he would score 35 before the half, scoring 12 in the first quarter before going ice cold in the second quarter. The junior guard didn’t score again until minutes into the third, but hit seven three-pointers overall and added five assists and four rebounds for good measure.

“It’s easy to just sit back and watch Nate shoot the ball, but our kids believe in each other and they are really starting to come together,” said Whitko head coach Roger Fleetwood. “They believed throughout they could win this game, and they came back and got it.”

West closed with 19 points, drilling three from long range and making all eight of his free throw attempts. West hit six of those tries in the final 30 seconds and pulled down two key rebounds in the fourth quarter to get the Wildcats out of trouble.

Hidden in the box score were two huge plays by Tanner Gaff in the fourth quarter. With his club down four, Gaff hauled in an offensive rebound and putback to open the quarter. Later, as the Wildcats trailed by seven, Gaff muscled inside and drew a foul, hitting a pair of free throws that helped start Whitko’s 13-5 run to reclaim the lead. 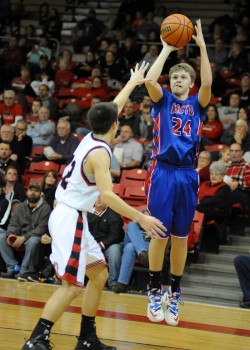 “This was just an awesome game to be a part of,” Fleetwood said. “There were good times, bad times all night. But the best part was neither team backed down. Both teams played to the end, we just happened to get a couple extra breaks to go our way.”

Fierstos, who recently joined Manchester’s 1,000-point club as the sixth Squire boy to reach the mark, led Manchester with 20 points but was dotted with asterisks. Fierstos scored eight points in the first 10 minutes of the game, only to pick up his second foul early in the second quarter and sat the remainder of the half. Fierstos also was called for a charge that Walpole took in the fourth and landed on his elbow that had the star in a heap on the court. After shaking the cobwebs, Fierstos airballed his first free throw, and while he notched 10 points in the fourth quarter, was visibly not all there down the stretch.

David McAtee pitched in 14 points for Manchester and Keelan Norwood was a thorn in Whitko’s side with 11 points and six rebounds.

The Squires fall to 13-7 overall with the loss and 6-3 in the TRC, tied with Whitko in the conference. The Wildcats improve to 12-8 overall, ensuring the club of its first winning season in four years. Manchester plays again Friday at Columbia City, Whitko will host Churubusco Saturday night.

“Our goal coming into this year first was to have a winning record, and we did that by getting the win tonight,” Fleetwood said. “It’s kinda sweet doing it at Manchester with the rivalry the schools have. But we can’t just sit back now and say we’re happy. We have Busco coming up and NorthWood will be very tough. But we get them both at our place and we’re up for the challenges.”

The JV contest was all Manchester in a 62-32 result. Brayden Casper led the Squires with 15 points and Devon Rooney was one back at 14 points. Alex Bechtold led Whitko with 20 points. 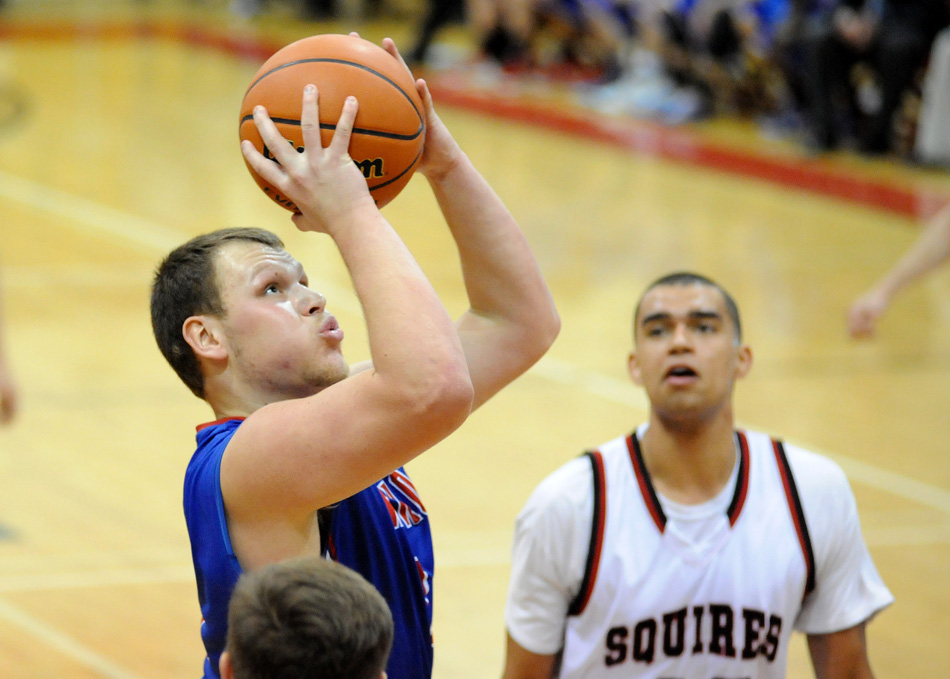